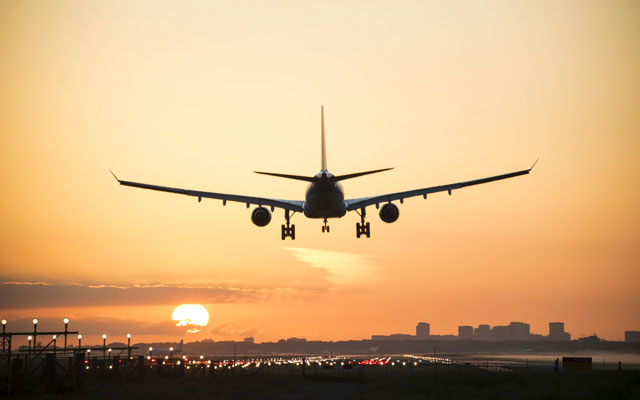 Travel buyers can expect rising travel prices, more technology-driven personalisation and the continued ascent of ride hailing apps going into 2019, according to the fifth annual Global Travel Forecast recently released by GBTA and CWT with the support of the Carlson Family Foundation.

The report projects prices of hotels to increase 3.7%, and flights 2.6%, driven by a growing global economy and rising oil prices.

“Prices are expected to spike in many global markets even as inflation remains subdued,” said Kurt Ekert, president and CEO, Carlson Wagonlit Travel.

“The future of corporate travel can be summed up as accelerated personalisation – with mobile technology, AI, machine learning and predictive analytics all playing their part,” added Ekert. “Success is tied to technology, with sophisticated data-crunching at the very heart of it.”

The report forecasts that the aviation sector will be shaped by the introduction of ultra-longhaul flights and an increasing competition from LCCs, which are not only multiplying but also fighting for longhaul routes – and by the airlines’ push towards NDC.

Airfares are also expected to become more expensive due to rising in oil prices, the competitive pressure from the shortage of pilots, potential trade wars, and increasing fare segmentation to improve yield.

In Asia-Pacific, price of air travel is projected to increase by 3.2% in 2019 pricing. Chinese demand remains high and by 2020 the country is expected to become the world’s biggest air travel market.

In 2019, China’s flights are seen going up 3.9%, but the country will not be alone, the study shows. The vast majority of countries in the region are expected to see price rises, especially in markets like New Zealand (7.5%) and India (7.3%). The latter is expected to be the world’s largest aviation market by 2025, with airports operating beyond capacity.

Japan is the only country to buck this trend, with the study showing that prices will likely drop 3.9% due to added capacity in preparation for the Olympic Games in 2020.

Eastern Europe and the Middle East & African countries, on the other hand, are projected to decline by 2.3% and 2% respectively.

Prices across Latin America are expected to drop 2% in 2019. However, México and Colombia will see slight increases –0.1% and 1.2% respectively – while Chile will experience a rise of 7.5%.

North America will see prices rise by a modest 1.8%, according to the analysis. In the US, airlines are recalibrating to reflect better areas of demand, depending on how trade relationships change with key US allies and adversaries, the study surmises.

The US aviation market is also expected to see capacity compression due to expanded fare fragmentation, with premium economy and basic economy reducing available seats, as carriers target margin improvement.

Meanwhile, the hotel outlook for 2019 is driven by the overall increase in air travel, which will fuel demand for rooms.

Technology will also play an important part as hotels introduce new developments to personalise the guest experience. The increase of mobile penetration, on the other hand, is forcing travel managers to offer their travellers apps, which could also serve to accommodate greater in-policy booking autonomy.

The analysis also projects further mergers in the hotels sector. Upscale hotels competing with midscale ones, due in part to a growing appetite for boutique accommodation among younger travellers, will also be on the agenda.

In Asia-Pacific, hotel prices are likely to rise 5.1% – with a large discrepancy as Japanese prices are expected to fall 3.2%, while New Zealand is set to rise a whopping 11.8%.

In Australia, 2019 and 2020 are expected to bring the largest number of new rooms becoming available, with an increase of 3.4% of total supply each year.

In Indonesia, Swiss-Belhotel International is embarking on an expansion of its budget brand, Zest Hotels, with plans to triple its portfolio of properties within three years. Singapore is embracing technology and smart hotels are on the rise. In Thailand, optimism is running especially high after a period of political tumult.

Mirroring air prices, hotel rates across EMEA are expected to rise by 5.6% in Western Europe, while declining 1.9% in Eastern Europe and 1.5% in the Middle East & Africa.

Looking at ground transportation, prices are expected to rise only 0.6% in North America, while prices in the rest of the regions will remain flat. However, by the fourth quarter of 2019, travel buyers can expect to see a concerted effort by rental companies to raise prices, according to the study.

The projections also point towards a growing preference among travellers for ride-hailing apps while interest in high-speed trains is fading, due to high network costs and low-tech distribution systems.

On-demand, shared, electric, and connected cars are all expected to become more popular.

In Asia-Pacific rates will stay flat overall with increases in markets like New Zealand (4%), India (2.7%) and Australia (2.4%). In China, giant Didi Chuxing is making big bets on autonomous driving. This year, Uber has sold its South-east Asian business to Singapore-based Grab. Meanwhile, Indonesian Go-Jek is expanding to Vietnam, Thailand, Philippines and Singapore.

Prices in EMEA are expected to remain flat overall. However, countries like Finland, France, Germany, Italy and Spain are likely to see increases of over 4%, while Denmark and UK rates will grow 3% and 2% respectively. Norway will be in pole position with a 10% increase.

On the other hand, prices are projected to drop dramatically in Sweden (13.9% down) and very slightly in Belgium (0.9% down).

Prices in Latin America will also remain flat overall, according to the report, with strong decreases in Argentina (9.7% down) and Brazil (5.4% down) and a more moderated one in Mexico (0.3%). Chilean prices will be up 3.1%.

In North America, Canada is expected to see a 3.6% increase in 2019, but the overall region will only be up 0.6%. In the US, the Audi-owned, app-based car rental service, Silvercar, continues its aggressive expansion.

“While most major markets appear to be trending in the right direction, downside risks remain for the global economy given the rise of protectionist policies, the risk of stoking trade wars and Brexit uncertainty,” commented Michael W. McCormick, GBTA executive director and COO.