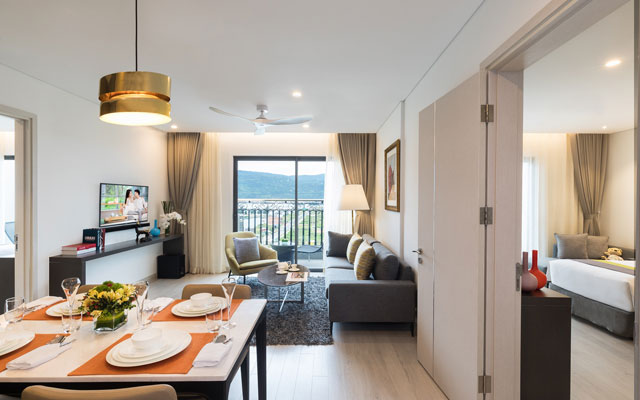 Citadines Blue Cove Danang is Ascott’s first property in Danang and its largest property globally. It is part of an integrated development that is located by the Han River along the Son Tra peninsular.

The property offers a mix of 548 studio, one-, two- and three-bedroom apartments, most of which overlook Danang Bay. Recreational facilities include a 24k gold-plated infinity pool, Jacuzzi, fitness centre, spa, and childrenâ€™s playroom. There is also a ballroom and meeting rooms.

Meanwhile, the Citadines Regency Saigon in Ho Chi Minh Cityâ€™s District 3 offers 229 keys from classic rooms to one-bedroom apartments, some of which are connected. Facilities include a swimming pool, fitness centre, childrenâ€™s wading pool, sauna room, cafĂ©, restaurant and launderette. The serviced apartment is also within walking distance to tourist attractions such as the Reunification Palace, Notre Dame Cathedral and War Remnants Museum.

“Within the next three years, over 2,000 units across nine properties are slated to open in Ho Chi Minh City, Hanoi, Danang, Halong City and Binh Duong province. We look forward to providing more accommodation choices in the fast-expanding Vietnam, and are committed to achieve our target of 7,000 units in the country by 2020.â€ť