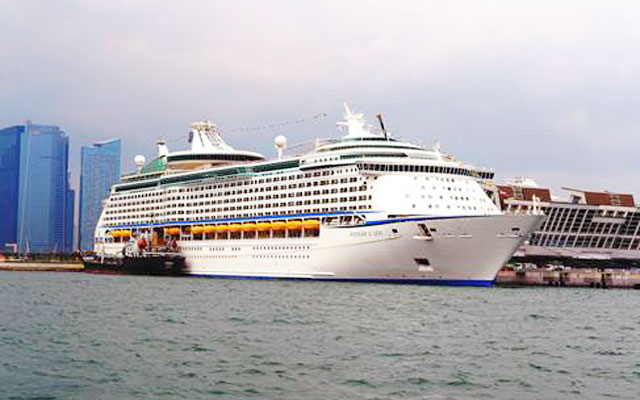 Royal Caribbean Cruises has reported a YOY 25 per cent growth in its number of passengers from Indonesia last year, with corporate incentive bookings contributing a major share of the numbers.

Robby Kartadinata, sales manager of Multi Alam Bahari International, added that clients like to conduct meetings onboard and combine that with games and tailor-made land programmes at ports of call.

Multi Alam Bahari International is keen to promote Royal Caribbean International’s Symphony of the Seas, particularly sailings in the Caribbean, to entice clients to venture beyond Asian cruise routes.

Robby expects the general Indonesian market to grow by 20 per cent this year, with the corporate segment maintaining a strong hold as major contributor.

Angie Stephen, managing director, Asia Pacific of Royal Caribbean Cruises, who was in Jakarta to promote Royal Caribbean International’s Voyager of the Seas‘ South-east Asia season starting next month, shared that while growth in Indonesia was strong, there is still much room for improvement.

She explained that CLIA’s data showed cruise passengers from Indonesia in 2017 rising by 40 per cent over 2016, a total of 46,500 passengers. In comparison, Royal Caribbean Cruises’ Indonesian passenger numbers have grown by 25 per cent.

“With only less than one per cent of Indonesia’s population has tried cruising, the growth of an affluent population, and the need for travellers to try new things, these factors have given the cruise industry a huge opportunity to grow the market,” Stephen said.