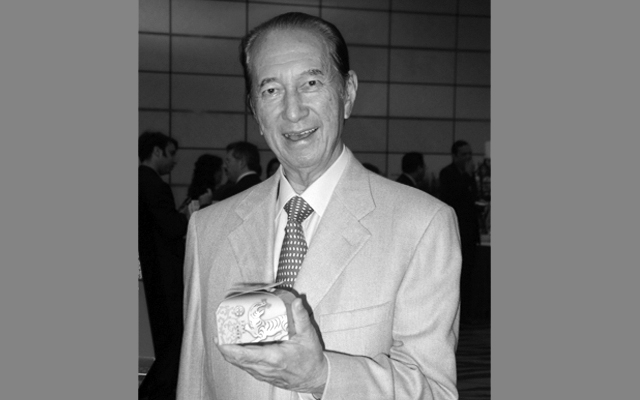 Macau’s casino mogul Stanley Ho Hung-sun passed away peacefully yesterday, surrounded by his family members, at the Hong Kong Sanatorium and Hospital. He was 98.

He is survived by three of his wives and 14 of his 16 children.

Founder of Shun Tak Holdings and SJM Holdings, Ho almost single-handedly steered the revolutionary development of Macau’s gaming and entertainment industry over the past five decades.

When Macau’s colonial government decided to nurture tourism to rescue the declining manufacturing industry in 1961, the Eurasian debonair won the sole concession for gaming and built his casino empire that lasted 42 years.

This lasted until the handover to China in 2000, where the new administration later decided to open up the gaming segment by splitting the licences and issuing three franchises. He later linked up with US-based MGM Resorts International to be in a better position to compete with his rivals.

Ho was also a pioneer in the Hong Kong-Macau high-speed passenger ferry operations, and established one of Asia’s largest ferry fleets, and helped to connect the Pearl River Delta which propelled developments in the region.

Apart from an influential figure in many industry sectors, most notably in tourism, leisure entertainment and property development, Ho was also known for his generosity, regularly giving back to the communities by actively providing aid to the needy, supporting disaster relief, cultural and technological advancement, and Chinese heritage conservation.