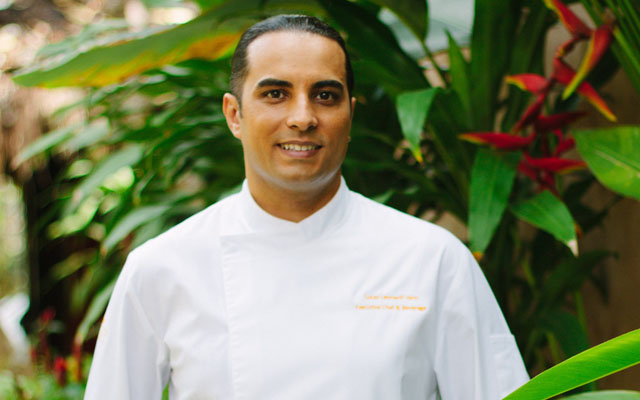 The Brazilian brings over a decade of experience honed at some of the best restaurants and luxury resorts globally including France, the Caribbean, Luxembourg, Australia, Japan, the Maldives and Thailand. Varin started his culinary journey at the age of 22 in France at the four-star hotel Relais & Ch├óteaux ŌĆ£CazaudehoreŌĆØ in Saint-Germain-en-Laye, before moving to the two-Michelin-star restaurant Lucas Carlton in Paris under the guidance of Alain Senderens .

After stints in the Caribbean and Australia, he moved to Thailand as executive chef of the five-star Kanda Residences in Koh Samui. It was here that his passion for Thai cooking started.

Before his return to Thailand, he was based in the Maldives at five-star Amilla Fushi and Lux Resort where he cooked up a storm for celebrities such as Katy Perry, Orlando Bloom, and Noel Gallagher.