New schemes to entice the Chinese market are under wraps, but the scene is rife with fresh products ready to dazzle. 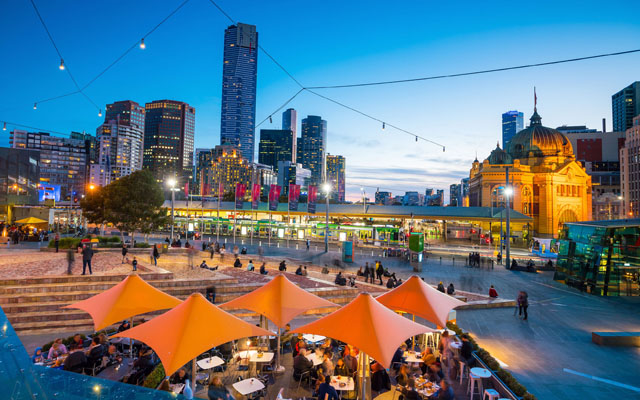 The past 15 months have been challenging for business events in Australia, a sector that was contributing A$36 billion (US$27.9 billion) to the Australian economy before Covid.

But feedback seems to show that Chinese buyer enthusiasm for the Land Down Under has not diminished despite the challenges of the pandemic, and it is something Business Events Australia would like to see continuing.

â€śWe have a dedicated business events team based in Shanghai who have strong relationships in-market and run distribution activity to keep Australia front of mind.

â€śWeâ€™ve also released new resources to help raise awareness and preference for Australia. These include a WeChat Mini Program and an industry toolkit that provides event planners with access to Australian marketing assets free of charge to use in pitch presentations and other promotional platforms,â€ť he continued.

Thereâ€™s still plenty to promote too. Behind the closed borders, new products are being launched in anticipation of market recovery. They include beautiful new hotels like W Melbourne which can host events of up to 500 guests in their Great Room, and Adelaideâ€™s Oval Hotel, Australiaâ€™s first and only premium hotel connected to a sports stadium.

A brand-new A$60.5 million gallery has also opened at HOTA (Home of the Arts) on the Gold Coast with more than 2,000m2 of exhibition space. In Sydney, the Australian Museum has emerged from an extensive A$57.5 million renovation has given it a â€śvery grand entranceâ€ť and transformable spaces for functions.

For the more adventurous, Perthâ€™s latest experience offers a Zipclimb, which involves climbing 314 steps to the summit of the Matagarup Bridge above the Swan River. Climbers get to enjoy panoramic views of Perth from the SkyView Deck before ziplining down.

Penny Lion, Tourism Australiaâ€™s executive general manager of events, said: â€śThe Chinese are such adventurous travellers and they know Australia well, but the reason why weâ€™re always so proud to sell Australia is that weâ€™re such a multi-destination. Even if people have been to Sydney before, thereâ€™s always something new to come back to.â€ť

Another factor working strongly in Australiaâ€™s favour is its almost Covid-free status. â€śChinese consumer behaviour has changed during the pandemic and concerns around safety will be front of mind,â€ť said Hogg.

â€śBut the opportunities that are presented as a result of these challenges put Australia in a favourable position. Australia has been relatively successful at managing the spread of Covid 19 and being a large country with plenty of open space and a low population density, it provides groups with plenty of space to explore Australiaâ€™s beautiful landscapes and exceptional experiences,â€ť he said.