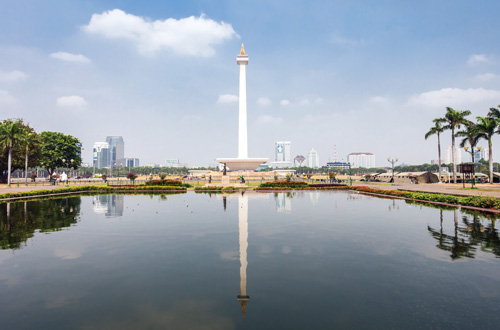 Indonesiaâ€™s first MICE industry champion is born and it has hit the ground running with plenty to juggle, including securing its own financial stream. Mimi Hudoyo reports

For Indonesian MICE stakeholders who have been hungry for a national body to coordinate and lead the promotion and development of the countryâ€™s business events industry, the formation of the Indonesia Convention and Exhibition Bureau (INACEB) is regarded as an exquisite feast.

He said: â€śWe received requests from convention centres in Manado and Jakarta to become members even before weâ€™ve established the (joining) criteria. A number of professional associations have also approached us for assistance in bringing congresses here. Even Aceh has asked us how it can also develop a MICE industry.â€ť

Warm welcome aside, INACEB has its work cut out for it.

Budi said: â€śDeveloping and promoting all 16 MICE destinations in the country is one of our programmes (but) we need to set our priorities.â€ť

And for now, INACEBâ€™s priority is to focus on destinations that can handle conferences with more than 1,000 delegates. These destinations are Jakarta, Bali, Bandung, Surabaya, Jogjakarta, Medan and Makassar.

For the promotion of Indonesiaâ€™s incentive capability, Budi said far more destinations would qualify for support.

Ida Bagus Lolec, head of incentive division of INACEB, added: â€śCurrently, Bali is (about) the only destination in Indonesia for incentive programmes but there are other destinations with potential because of their culture, people, nature and culinary offerings.â€ť

MICE stakeholders agree that what these destinations need is greater creativity in packaging attractive products to entice international incentive groups.

INACEB will also need to tackle the financial challenge and obtain sufficient resources to keep it going and deliver on its promises.

The association had announced its lofty goals of positioning Indonesia in eighth spot on ICCAâ€™s Asia Pacific ranking by 2019, up from the current 12th, as well as move Indonesian cities into the top 30 global rankings by ICCA and UIA.

It also vowed to contribute two million MICE arrivals â€“ 10 per cent of the total 20 million target footfalls â€“ by 2019.

Unlike other countries where the government fully funds such an association, Budi revealed that this wasnâ€™t the case in Indonesia. As such, INACEB is a private organisation that also acts as a strategic partner of the Ministry of Tourism.

While the ministry has pledged some funding â€“ US$10 million which will come into use in 2017 â€“ INACEB must also find its own financial stream in the long run.

Budi explained that INACEB has no control over the funds provided by the government, as they are channelled into supporting programmes.

For 2016, some of INACEBâ€™s programmes are incorporated into the ministryâ€™s own programmes which were rolled out last year.

Other forms of support from the government include database compilation and website construction. According to Budi, the website should be up and running this year.

Budi pointed out that financial control is needed because the current government programmes do
not include support for site visits, delegate-boosting activities and bidding, and these â€“ if required â€“ will need to be created in the next budget term.

The government has a rigid financial regulation which requires budgets to be used entirely and for approved programme requirements.

When asked about the lack of support for site visits, delegate-boosting activities and bidding, I Gde Pitana, deputy minister for international tourism marketing development, Ministry of Tourism, clarified that they do exist although such activities go by different â€śbusiness terminologiesâ€ť in the ministryâ€™s books.

Meanwhile, since its launch on March 28, INACEB has kept busy with participation in MICE industry tradeshows such as IMEX along with the tourism ministry. Rocky Kalalo, INACEB executive director, also shared that the board has held meetings with industry players and assisted professional associations in inviting international events to Indonesia.

Rocky said: â€śThere is interest from medical and earthquake engineering associations, for example, to organise conferences in Indonesia.â€ť

INACEB is working on â€śquite a number of events aiming to take place in 2017â€ť, and an international exhibition on philately in Bandung is one of them.

At press time, INACEB was putting together a programme for 2017, which will be submitted to the Ministry of Tourism for approval.

2.5
The target revenue â€“ in billions of US dollars â€“ that Indonesia hopes to make from MICE by 2019, representing around 10 per cent of total tourism revenue

15
The position Bali takes in ICCAâ€™s latest global ranking of cities for meetings. The destination hosted 38 meetings in 2015

31.4
The percentage of total arrivals to Indonesia that had come for business and convention in 2014, according to latest available data from the Ministry of Tourism

Tourists enjoy a drink while watching the sunset in a beach bar along Seminyak
beach, just north of Kuta, in Bali Terminal 3 Ultimate, Soekarno-Hatta International Airport in Jakarta is in its final stage of development at press time.Â  It is expected to be fully operational by 2017. Designed to be an air hub like the airports of Singapore and Kuala Lumpur, the new terminal can handle up to 25 million passengers a year.

Even better access into Indonesia can be expected with a third runway which will begin construction next year.

Garuda Indonesiaâ€™s reinstatement of a daily Singapore-Medan service in June bodes well for North Sumatra and its capital, Medan. The province has been promoting itself as a business event destination, particularly touting Medanâ€™s readiness for MICE. Medan has hotels of various categories, a convention centre and an airport with capacity for eight million passengers a year.