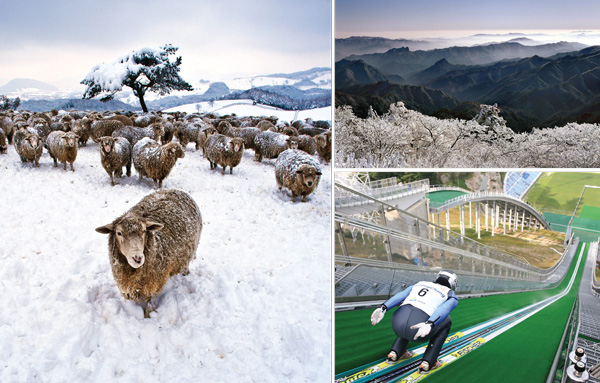 The 2018 Winter Olympics is putting both Pyeongchang and its province, Gangwon, on the world map for business events. By Paige Lee Pei Qi

Even as Pyeongchang city continues to get ready to host the 2018 Winter Olympics, the city in the Gangwon province already has plans underway to establish itself as a convention city once the games come to a close.Â

Songjae Lim, manager of the international media relations team, PyeongChang Organizing
Committee for the 2018 Olympic and Paralympic Winter Games, said: â€śThe games are giving Gangwon the opportunity to acquire and upgrade MICE-related hardware and raise its profile as a MICE city.â€ť

According to Gangwon Convention & Visitors Bureau (GWCVB) assistant marketing team manager, Ji-Sun Jung, while Gangwon province has been actively pursuing MICE clients since the establishment of the CVB in 2013, the province has been attracting largely incentive groups and small meeting groups.

Jung said: â€śWith the games, we are able to increase and upgrade the hotel facilities and also expand our MICE capacity in Pyeongchang by converting some venues into convention centres after the games end.â€ť

Currently, Yongpyeong Resort in Pyeongchang offers the largest venue in the province for corporate gatherings with 2,446 rooms, and the Yongpyeong Dome which can accommodate 3,000 people in their hall.

The Alpensia Convention Centre is also a popular option, with its ballroom having a maximum capacity of 2,000 pax in theatre setting.Â

However Jung said it has been â€śvery challengingâ€ť to meet requests from large companies who previously wanted to hold conferences for over 3,000 delegates. In this regard, she highlighted that the CVB has plans to convert the indoor sporting venues into a convention centre for 5,000 delegates after the Winter Olympic games.

â€śIt will help to increase the appeal of the city as a serious city for business instead of a venue only for teambuilding and incentive activities,â€ť she said and added that at least 70 per cent of MICE activities come from the incentive sector.

While it will take at least three years to remodel the infrastructure into a convention centre, Jung said the city is already benefiting from being in the international spotlight.

With Pyeongchang becoming the first Asian city other than Japan to stage the 2018 Winter Olympics, Jung said: â€śWe are able to benefit tremendously with all the publicity the city is getting internationally, which boosts the overall appeal of Gangwon. We already see (more interest) to hold international events in our city.â€ť

Jung said just two years ago, almost all events held in the province are domestic ones. However with growing awareness about the destination, international clients now account for almost 40 per cent.

The latest statistics from KTO show that Gangwon hosted 467 MICE events in 2014, bringing a total of 35,705 people to the region.

As a testimony to its growing dominance, Jung pointed out that earlier in 2015, Gangwon won the unprecedented bid to host Pan Asia Hash 2017, an international running event expected to attract about 50,000 participants.

According to the CVB, they intend to bid for international events related to nature and the environment, which align well with the regionâ€™s branding on wellness.

Apart from the fresh infrastructure, accessibility to Pyeongchang will also be improved thanks to the Winter Olympics. Pyeongchang, which sits on the northern-most end of the country, is accessible by a two-hour car ride from Incheon International Airport.

With the coming of the games, construction is underway for a new railway which will operate at a maximum speed of 250km per hour. It will connect Alpensia Resort, the venue of the Olympics, with the capital of Seoul in under an hour.

Lim said: â€śIn the past, some may find that travelling to the city is a bit far. The high speed train will remove this problem.â€ť

Exclusive to business visitors attending large-scale congresses and events in the South Korea capital, the Seoul MICE Card, is given to event delegates attending qualifying business events in Seoul. These rechargeable and reusable cards come with a 5,000 won (US$4) credit and can be used on public transport including the airport express as well as with selected merchants. This card forms part of the Seoul Metropolitan Governmentâ€™s meetings Master Plan, aimed at expanding and upgrading the cityâ€™s business events services and infrastructure in response to increasing demand for Seoul as a MICE destination.

The South Korean government has approved the development of a huge new integrated resort complex at Seoulâ€™s Incheon International Airport, which will cover 3.2km adjacent to the countryâ€™s main international gateway.

The integrated hotel-casino resort, which is expected to be completed by 2019, will feature world-class entertainment and hospitality attractions, as well as the only casino-resort anywhere connected to a fixed-base private aviation operation.

Mokpo City (Jeollanam-do), located at the southwestern part of Korea, is sprucing up to develop itself as a MICE destination. To attract more local and international associations to hold their MICE events in Mokpo, the city is starting a new tourism project which includes the creation and development of cable cars, marine rail bike, monorail, auto-camping sites, and other tourism infrastructures. It is also planning to educate tourism human-resources in providing MICE services. 6000
The number of Aurance Group employees who arrived in Incheon on an incentive trip this year, participating in activities such as a massive beer and fried chicken party. This gives South Korea its largest single tour group

267
The number of international association meetings held in South Korea in 2015, up from 222 in 2014, placing the nation in 13th place in the global rankings of host countries by ICCA

3,000
The number of international delegates who attended the 17th edition of the Korea MICE Expo (KME), regarded as the nationâ€™s top business events tradeshow, at Songdo ConvensiA in Incheon this year