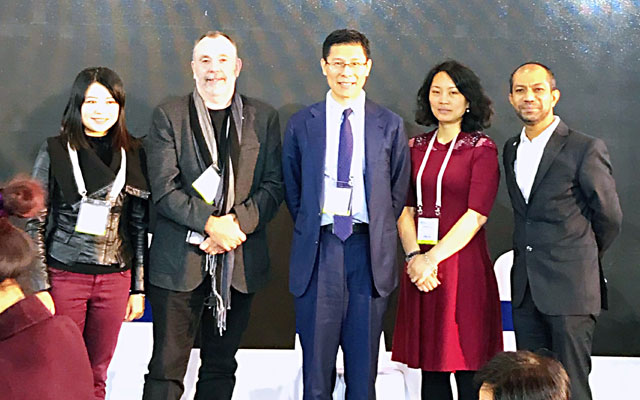 ChinaŌĆÖs Belt and Road Initiative (BRI) has led to the International Gas Union (IGU) appointing not only its first Chinese president but also the first woman to helm the organisation for the 2021-2024 term.

IGU will be hosting its largest event in Beijing come 2024 with an expected turnout of 12,000 delegates.

Rodney Cox, events director, IGU, told an Association Day Forum audience that Li Yalan, vice chairman, Beijing Gas Group, and one of four China members of the union, will be appointed vice-president at its Washington DC event this year, and will assume the presidency in three yearsŌĆÖ time.

Cox said BRI presented ŌĆ£significant opportunitiesŌĆØ for trade, the use of natural gas for transport, as energy as a clean source, and energy for industry and manufacturing.

ŌĆ£In China, IGU is prioritising its focus on the industry itself, advocacy, technology and innovation and education,ŌĆØ he said, adding that IGU ŌĆō together with the Gas Technology Institute and the International Institute of Refrigeration ŌĆō is presenting the 19th International Conference and Exhibition on Liquefied Natural Gas in Shanghai from April 1-5 next year, with an expected turnout of around 10,000 attendees.

Luo Lu, representative of the Word Federation of Acupuncture-Moxibustion Societies (WFAS), added that it started leveraging on BRI in 2015 to promote the federation all over the world.

WFAS is affiliated with the World Health Organization and ISO, and they celebrated its 30th anniversary in 2017.

Luo said: ŌĆ£As a result of BRI, we have met leaders in Mauritius, while countries like Hungary, Canada and Australia have legalised acupuncture.ŌĆØ

The Institute of Electrical and Electronic Engineers (IEEE) organises some 1,900 international events, with 30 per cent held in Europe and 30 per cent in Asia.

Ning Hua, senior director, Asia-Pacific business operations, IEEE, observed: ŌĆ£BRI is reinforcing the link between the two regions. In China, we organise some 200 international conferences for 300 to 3,000 people. IEEE will identify specific areas to organise technical conferences in China over the next one to two years in the areas of high-speed rail, AI, ultra high-speed electricity, etc.ŌĆØ

Forum delegate Kitty Wong, president, K&A International, suggested taking a closer look at ChinaŌĆÖs second- and third-tier cities as the next step, as these destinations can be expected to be ŌĆ£more eager and more cooperativeŌĆØ.