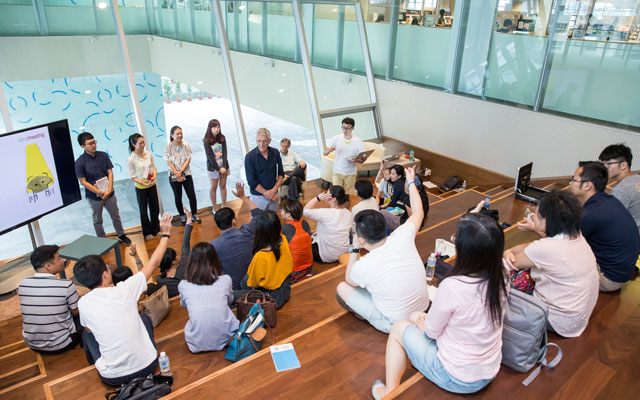 Taiwan-based Asia Concentrate Corporation (ACC) and MindMeeting in the Netherlands have formed a 50-50 joint venture to birth Orange Gibbon, a company specialising in meeting design services.

Explaining the motivation behind Orange Gibbon, ACC’s co-founder and owner Pairry Chiang said she hoped to create a more productive output for meetings delivered by ACC.

She remarked that “most meetings now are conducted only to utilise budgets”, and hopes to change that.

She believes that MindMeeting’s Meeting Design solution will help ACC to “go one step further” in achieving better meetings for clients.

Founded in 2003, MindMeeting specialises in designing international meetings, and has a presence in Spain and India, with plans to expand to Ecuador.

MindMeeting’s co-founder, owner and managing partner, Mike van der Vijver, told TTGmice that he has been to Taiwan several times in recent years to raise awareness about the importance of well-designed meetings and conference programmes through workshops and trainings.

Chiang observed that industry players are sitting up and taking notice.

“IAPCO discussed this in its course last year in Taiwan. ICCA values it too, and has MindMeeting involved in its programme design for the past few years. And in Taiwan we have seen many meetings now changing their format.”

She believes that Taiwan can leverage on the meeting design specialisation to win over more meetings.

“We may not compete with other destinations on (events) hardware, like new buildings and equipment, but we can bring more value to meetings (through) software,” she added.

Orange Gibbon will stage the inaugural Meeting Design Week. The event will feature programmes including meeting design training, conducted in cooperation with universities.