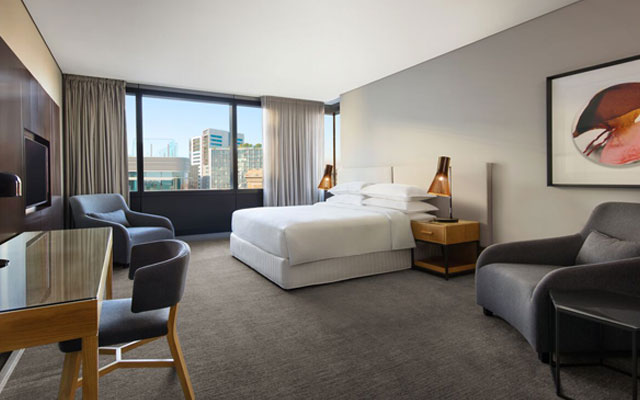 The Four Points by Sheraton Sydney, Central Park has opened in Chippendale, an up-and-coming suburb in the Australian city.

The downtown Sydney hotel was designed by award-winning British architectural firm, Foster + Partners, and is situated in the Eastern Tower of the Central Park Development on the corner of Abercrombie and Broadway. It features 297 guestrooms, including two luxury suites. Contemporary cuisine can be had at the Central Quarter restaurant, with direct access off Broadway, outdoor dining and an open kitchen. Also at street level, Malt Bar will offer a selection of craft beers, spirits and wines.

Other amenities include a fitness centre, and 553m2 of function space comprising flexible rooms and an elevated outdoor terrace.