More second- and third-tier Asian cities are courting global business events, but many planners have reservations about venturing beyond main cities 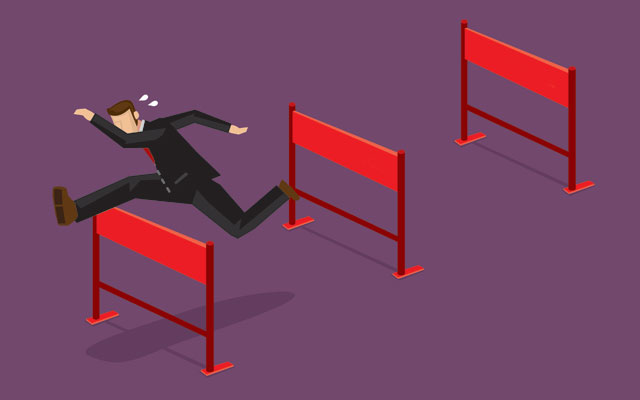 Naturally, this has whet the appetite of both second- and third-tier cities â€“ especially those that already enjoy healthy leisure arrivals â€“ eager to carve out a slice for themselves in the ever-growing business events pie. However, the path to success is not easy for some of these less-prominent cities, as they have to tackle various obstacles such as lack of meetings infrastructure, limited access, and international visibility.

Japan is an example of a country with a growing number of destinations keen on attracting global events, with its national CVB leading numerous roadshows around the world to promote lesser-known cities. However, event planners who specialise in Japan expressed uncertainty over their ability to push corporate meeting groups beyond the countryâ€™s main cities, with concerns about logistics and accessibility.

Felicia Teng, general manager of Singapore-based The Meeting Lab, shared: â€śI feel Japanâ€™s secondary destinations are not MICE ready yet. For example, there are hotels and meeting venues that still work on the basis of individual costing (as opposed to a meeting package) â€“ like snacks by the item, coffee by the cup, or cookies by the diameter.

â€śOur clients just want to know (the total price), but calculations (with local venues) can be complicated. (Main cities like) Tokyo and Osaka are better, where more hotels can work in international style.â€ť

However, Teng noted that secondary destinations in Japan could stand a higher chance of being selected for groups that have repeatedly gone to main cities and now desire new experiences.

The observation holds true for other countries.

Mona Abdul Manap, CEO of Malaysian events specialist Place Borneo, found that Sarawakâ€™s off-the-beaten-track reputation has earned it favour among Asian and European meeting planners as well as younger event delegates, who seek adventurous experiences that they can brag about on social media.

Citing an example, Mona said a four-wheel drive experience which involved travelling on dirt logging roads as well as a boat ride from Long Terawan were deemed the programme highlights for an incentive group from Poland.

As such, some representatives of Japanese cities are dangling unique local experiences as bait for groups.

Gifu Convention and Visitors Bureauâ€™s managing director Atsushi Ishida, pointed to Ukai cormorant fishing â€“ designated as an Important Tangible Folk Cultural Property of Japan â€“ as an example of an experience that is uniquely Gifu. Ishida added that it would work perfectly as an evening activity after a congress or meeting.

Yuko Sawatani, Okayama Convention Centerâ€™s operation department marketing and sales division head, said Okayama is a â€śMuslim-friendly destinationâ€ť, and will be an attractive option for both incentive groups and meetings with Muslim delegates as it offers new experiences like homestays and Halal-certified local cuisine.

Accessibility is also a prime concern for event planners.

Tan Li Ting, manager of Apple Vacations Singapore, opined that second- and third-tier destinations would be more appealing to corporate groups if they were accessible by an international airport or located near a major meeting city.

In the American Express Meetings & Events 2019 Global Meetings and Events Forecast, a quarter of surveyed planners across the region are choosing second-tier cities to defray rising event costs, up from only three per cent last year.

Alicia Yao, deputy secretary-general, MICE Committee of China Association of Travel Services, agreed, as she found that emerging Chinese MICE cities have been able to use cost comparison to their benefit. She said CVBs in emerging Chinese destinations offer sponsorship to attract corporate groups, something that main cities Shanghai and Beijing do not do.

Besides touting their price appeal, eager inner cities can also leverage major events to boost their visibility on the global stage.

â€śTokyo and its surrounding areas are busy and booked out with the Olympics, so people who want to hold events around the same time will head out to outlying citiesâ€¦ which is good for us. Also, two Rugby World Cup games will be held in Fukuoka. This will boost the destinationâ€™s image,â€ť said Macphie Kenneth Alexander, international MICE sales, Fukuoka Convention & Visitors Bureau.

For Sarawak in Malaysia, hosting the 55thÂ ICCA Congress in 2016 was key to its subsequent success as a hot meetings city.

Sarawak Convention Bureauâ€™s (SCB) COO Amelia Roziman noted: â€śWhen meeting planners decide on a destination, they seek a strong and dynamic delivery of the sessions paired with the best environment to captivate the audience and make the conference relevant.â€ť