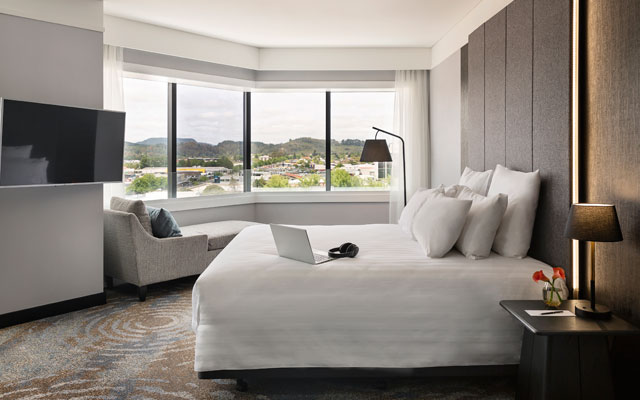 Accor has brought the first international five-star hotel to New Zealand’s Bay of Plenty region, in the form of Pullman Rotorua.

The new-build offers 130 rooms across five categories, some of which offer panoramic views of the city and lake area.

Meeting planners will be able to avail the four event spaces â€“ the largest of which is 155m2 and can hold up to 120 people theatre-style â€“ and a boardroom which doubles up as a private dining area.

Aside from the Barrel & Co Bar and Grill, other amenities on-site include an executive lounge, bar, and gym.