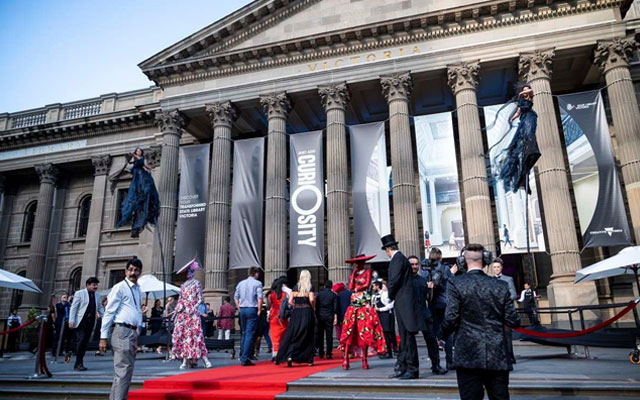 Reopened in December 2019 as part of the Vision 2020 project, the space has returned to its former glory as Melbourneâ€™s an impressive gala event venue, unveiling its historic architecture and celebrating its 19th-century decorative scheme. Entertainment kept going during the event, which included a gospel choir, performers in the sky and Melbourneâ€™s famous band, The Huxleys. Another highlight of the night was the menu on offer. The feast included roving canapes, an Australian cheese station and an oyster bar.