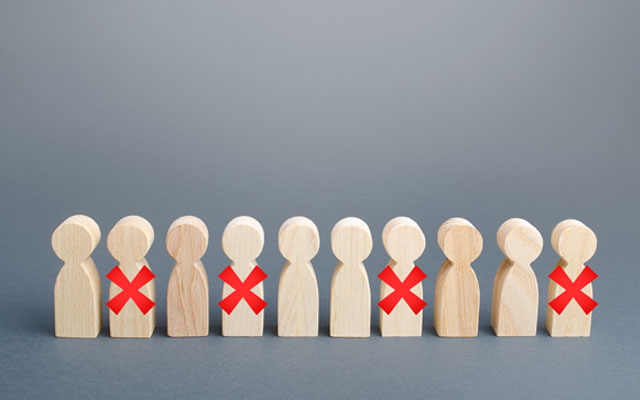 The ACI Report 2021, an annual salary and employment trends study, has painted a bleak picture of a travel and tourism industry afflicted with job losses and reduced employee confidence.

Drawing inputs from a sample of 829 travel, tourism, hospitality and lifestyle personnel from across Asia-Pacific and surrounding regions, the study identified 74 per cent of respondents whose jobs were impacted by the Covid-19 pandemic. Twenty-four per cent were made redundant in 2020 while 50 per cent experienced salary cuts, with a majority 36 per cent taking a 25-50 per cent reduction and 28 per cent shouldering a steeper cut of 50 per cent or higher.

Among retrenched respondents, 83 per cent were employed in their organisation for under five years while the most vulnerable age group was 46-55 years old, with 53 per cent of respondents from this age bracket being affected.

Twenty per cent of respondents have indicated reduced confidence in the travel and tourism industry and will instead pursue a career elsewhere; technology/IT, health care and education emerged top alternative industries.

At the same time, 68 per cent of respondents plan to leave their employers or the industry in the next 12 months, with 27 per cent open to exploring opportunities outside of the industry compared to just 15 per cent the previous year. The study pointed out that desires to exit the travel and tourism industry have been growing the past two years. In terms of salary progression, only 28 per cent of respondents had received some form of increment in 2020 â€“ representing a large drop compared against 2019 where 65 per cent enjoyed a pay growth. Thirty-nine per cent received a bonus in 2020, compared to 60 per cent the previous year, with the majority 40 per cent enjoying one to two months of bonus and 32 per cent receiving less than a monthâ€™s bonus.

Andrew Chan, founder and CEO of ACI HR Solutions, the company behind the annual survey, told TTG Asia that while the results â€śwere certainly distressing to readâ€ť, they reflected industry observations throughout 2020.

â€śNot surprising, most respondents thought deeply about their career progression amid this pandemic crisis, and really evaluated how their employer, or perhaps even if the industry could satisfy that. We saw one of the biggest discrepancies and disconnect on this issue in this yearâ€™s report compared to our previous surveys,â€ť said Chan.

Commenting on the strong desires to exit a travel and tourism job or the industry, Chan explained that the 20 per cent who lost confidence in the industry might be finding it challenging to regain employment.

â€śYoung graduates who were just entering the industry (might also be) spooked by the pandemic,â€ť he said, adding that the report highlights an unemployment rate of nine per cent.

â€śThe 68 per cent considering changing jobs over the next 12 months was surprisingly high. However, if we consider that many are still working on reduced salary, and perhaps functioning on fewer resources and/or covering colleagues who were retrenched, their work stress would be elevated. So, perhaps it is not surprising that many are keeping one eye out for new opportunities that would see their salary expectations returned and work stress reduced,â€ť he added.

When asked about recovery solutions that are available to employers who hope to rebuild staff loyalty despite current business conditions, Chan advised continued internal communications that highlight key timelines to staff so they know when salary levels may be reinstated or when staffing levels may return to ease their work loads.

He acknowledged that â€śfiscal responsibilities and staff morale is a challenge to balance at the moment, and very much still depends on the macro environmentâ€ť, but emphasised that respondents are mostly happy with how their employers have handled the crisis.

â€śA high percentage of 56 rated their companyâ€™s handling of the pandemic as excellent or good, and another 28 per cent thought it was fair, which indicates to me that employees are generally very understanding of the situation,â€ť he remarked.