Travel confidence is returning with the rollout of vaccines and reopened state borders. With with most international borders shut, northern Queensland events stakeholders are realising that their natural surrounds are a big draw for local corporate groups. 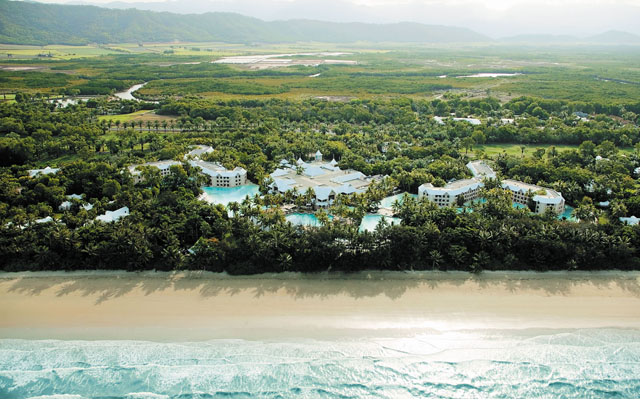 Things are looking very good at the Sheraton Mirage Port Douglas Resort in northern Queensland, never mind that Australia’s international borders are still closed. The phones have been ringing off the hook with prospects, and more staff are being hired to keep up with enquiries for corporate event bookings.

Even more remarkable is that booking numbers are better than pre-Covid, perhaps due to a combination of pent-up demand and Australia’s ban on overseas travel, forcing local companies to book domestically for their events.

“Especially throughout February and March, we began running at occupancies that we normally wouldn’t have seen pre-Covid and we can’t find enough staff in our regional areas to keep up with demand. We’re out there waving our arms for anyone in Australia that would love to come up for a change and work with us in one of the best resorts in the country,” he continued.

Signs of a healthy recovery seem to be echoing elsewhere in northern Queensland, which offers a more nature-based experience that includes the Great Barrier Reef and some of the world’s oldest rainforests.

“It’s almost like somebody switched a light on,” said Rosie Douglas, general manager of partnerships and events at Tourism Tropical North Queensland.

“With Covid vaccines rolling out and the fact that we’re managing hotspots a lot better, everyone wants to get out and places like Cairns are doing extremely well. Our enquiries are going through the roof and with very short lead times from two to six months, which is starting to become a bit challenging,” she mused.

A key part of northern Queensland’s appeal is also its relative isolation with low population numbers and no Covid cases since March last year. It’s also a great destination in Australia’s winter months, where temperatures peak in the mid-20 degrees. With an abundance of palm trees, interstate visitors can almost fool themselves into thinking they were in Bali or Fiji, especially at a resort-like the Sheraton which features two hectares of lagoon pools on its sprawling 200-hectare property.

Harmonising with this offering, Business Events Cairns and Great Barrier Reef’s recent re-branding for its educational campaign is working to give business tourists exactly what they need as confidence returns in the industry.

“Our new branding with the BE Immersed programme is ‘Work Great, Leave Greater’,” said Douglas. “The connections that people make through conferences are really strong. By coming here, collaborating and getting away from the rat race of your own environment, you’ve got the space to be able to clear your mind and think creatively, really building on the natural assets of the destination.”

Adding to the momentum is the re-opening of Cairns Convention Centre. After being closed since April 2020 for a full renovation of its arena and auditorium, the venue welcomed its first event of the year on May 12, the Australian Banana Industry Conference.

A second phase of the A$176 million (US$136 million) reconstruction is now underway to provide more than 10,000m2 of meeting and exhibition space.

Over in the Gold Coast, large-scale business events are also returning, with two domestic conventions this month at 2,500 and 4,000 delegates attending respectively, and the future pipeline is “looking solid”.

“We recently secured the World Federation of Chiropractic Biennial Congress, expected to attract up to 1,000 delegates in March 2023. This highlights the importance of continued engagement internationally as we move more actively into recovery,” she said.

Back in Cairns, Douglas is also preparing for the eventual return of international clients. “We’ve just spent about five hours looking at our business plans for next year,” she told TTGmice. “Obviously New Zealand will be coming back but that’s a fairly small market.”

“We believe the Asian markets may open in 2Q2022 and we are very focused on that. We are doing some work behind the scenes with airlines about direct services, (because) for events I think the biggest AUST is going to be aviation capacity. Japan will probably be our first real conversation, followed potentially by South Korea,” she added.