Prudence Lui dives headfirst into the seemingly quiet Macau tourism scene, and finds that the city has been pouring efforts into augmenting its various offerings which are key to attracting corporate groups when borders are more porous. 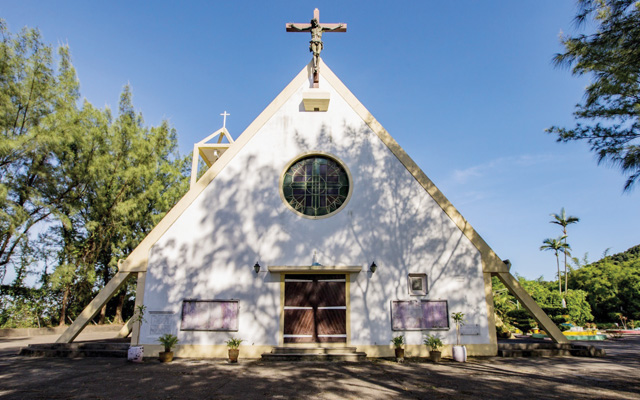 The Macao Government Tourism Office (MGTO) has reiterated its commitment to fostering more cross-sector integration between the tourism industry and other sectors like business events and sports.

And as it awaits the reopening of borders, the city has been busy diversifying its offerings to better support the integration, which has led to the opening of new attractions and revamping of others.

The end of May this year saw the opening of the Studio City Water Park, part of a major revamp of the attractions at the integrated Studio City Macau resort. On June 1, the refurbished Grand Prix Museum reopened with interactive displays and virtual reality racing stations. The museum has been closed for renovations since 2017.

Other soon-to-open attractions – this time located at Lisboeta Macau – include ZipCity, a 388-metre-long zipline ride with spectacular audiovisuals, and GoAirborne, described as the first indoor skydiving experience in Macau.

Meanwhile, larger infrastructure projects like the Galaxy International Convention Center is moving ahead with its third phase, and is slated to open towards the end of the year. The Grand Lisboa Palace is also slated to open by 3Q2021, having recently been delayed by a licensing process.

Bruno Simoes, managing director of smallWORLD Experience, commented on the recent developments: “Macau has a number of new offerings like Lisboeta, Studio City Water Park, the new Grand Prix Museum, (which will) appeal to incentives.

“And with the opening of Galaxy International Convention Centre, we expect an interesting competition between the two main players (Galaxy and Sands China) in the market. Overall, that is a positive sign for event organisers, and for Macau in general.”

At present, Macao Highlight Tours feature four itineraries: Amazing one-day tour with MAK MAK; Explore the history of Macao’s handover and secrets of the Macau Grand Prix; Strolling in the Historic Centre of Macao and enjoying enchanting scenery on maritime tour; and Dive into the beauty of Coloane and explore the ancient architecture of Nossa Senhora Village of Ká-Hó.

Visitors can also opt for private tours that feature customised itineraries. Private tour participants can sign up for a chartered helicopter ride, each able to accommodate up to 12 passengers per tour. Tour options include a half-day tour around alleys and lanes imbued with local aroma, a culinary tour to sample signature delicacies, a green wellness tour, and a luxurious shopping tour.

MCI Group’s general manager for Hong Kong & Macau, Olinto Oliveira, said a greater variety of attractions is always a plus for any destination.

Previously, Macau already had “a rich selection of resident shows and touring concerts and shows”, staged at the integrated resorts and venues such as the Macau Cultural Center, noted Oliveria.

But with the beefing up of the city’s portfolio, Oliveria believes that Macau will be “more attractive” to a wider range of audiences.

“Macau has wisely used the slower pandemic period to address and improve its offerings, and that’s an exciting prospect for a destination that is already a major player in Asia-Pacific’s MICE market. So as we continue to come closer to reopening borders, big things are definitely ahead for Macau,” Oliveira stated.

Sands China’s senior vice president of hotel operations, Kris Kaminsky, shared similar sentiments: “The addition of new world-class meeting offerings and facilities such as the Londoner Arena are helping position Macau as Asia’s most innovative and engaging meetings, conventions and leisure destination. Combined with Macau’s cultural offerings, these new attractions will appeal to a wide variety of visitors, with something for everyone.”

Looking ahead, Kaminsky pointed out that it would be “vital” to “redefine travel logistics” and ensure safety practices to provide planners and delegates a safe and worry-free stay in Macau.

Currently, only FITs from China are permitted to enter, but DMCs have started preparing for the return of regional business. For instance, smallWORLD Experience is investing in their capabilities to deliver more digital services such as broadcasting for hybrid events.

Meanwhile for MCI, Oliveira shared: “As regional MICE returns, our team is gearing up by staying updated in terms of health and safety measures, but also actively learning and researching how to engage audiences in new ways as hybrid (events) will continue to grow throughout the industry’s recovery phase.”

IPIM will expand its activities to other Chinese cities such as Xiamen, Tianjin, Chongqing, Chengdu and Taiyuan in the later half of the year.