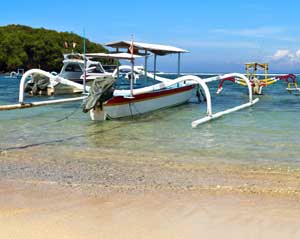 With better infrastructure and connectivity, secondary cities are making headways in capturing the MICE market. By Mimi Hudoyo

A s demand for meetings and incentives increase on the back of a growing economy and improving accessibility from neighbouring countries, secondary destinations in Indonesia such as Jogjakarta, Lombok and Padang are now putting more focus on developing the MICE market.

In cooperation with MICE Centre, an Indonesian MICE research and development, the Ministry of Tourism and Creative Economy has finalised mapping and rating 16 cities/islands it is focused on developing and promoting as MICE destinations, according to Achyar Rudin, director of MICE and special interest development at the ministryŌĆÖs directorate general of destination development.

ŌĆ£The mapping tells us the strengths and weaknesses of each destination. Not every destination is ready to accommodate all MICE sectors,ŌĆØ Achyar said. Based on the ministryŌĆÖs criteria, Jakarta and Bali are rated as ŌĆ£existingŌĆØ destinations, Jogjakarta is a ŌĆ£potentialŌĆØ destination, while Lombok and Padang fit in the ŌĆ£emergingŌĆØ destinations category.

Corporate and association meetings combining incentive or leisure components are a major market for Jogjakarta, according to ATA Travel Service director, Malia Sayuti.

Said Bagus Dewa Karuniawan, director of sales and marketing at Royal Ambarrukmo Hotel, where MICE contributed 30 per cent of business last year: ŌĆ£The city has lost a number of businesses to other (Indonesian) destinations because we did not have a big convention facility.ŌĆØ

To meet the growing MICE demand in Jogjakarta, Royal Ambarrukmo Hotel has added the 2,000-pax Kasultanan Ballroom ŌĆō currently the biggest venue in the city ŌĆō to its existing 1,000-pax Kraton Ballroom.

The new 193-room Eastparc Hotel Yogyakarta, with a ballroom of 1,000 pax capacity plus 20 breakout rooms, was built to cater for MICE. The hotelŌĆÖs general manager, Erny Kusmastuti, explained: ŌĆ£With MICE, there are a lot of segments to sell, from the rooms and meeting facilities to F&B and dinner celebrations.ŌĆØ

Lombok, in eastern IndonesiaŌĆÖs West Nusa Tenggara (NTB) province, has enjoyed the steady growth of domestic MICE in recent years, thanks to aggressive promotion efforts by the regional government in the last decade. In 2013, NTB recorded over 1.3 million arrivals, increasing 22 per cent from 2012.

ŌĆ£Of this number, some 900,000 arrivals were from Indonesia, of which meetings and incentive contributed 55 per cent,ŌĆØ said Awan Aswinabawa, chairman of NTB Tourism Promotion Board.

Gili Trawangan, a small island near Lombok, has gained popularity with MICE groups as its remoteness enable clients to have fruitful and effective meetings by staying within self-contained resorts, according to Imam Wahyudi, general manager of Villa Ombak and Ombak Sunset on Gili Trawangan.

Christina Rudatin, advisor of MICE Centre, said: ŌĆ£Lombok is a promising destination, but venues, the peopleŌĆÖs readiness to be hosts and the availability of vendors to provide things MICE organisers need are among the things it needs to improve.ŌĆØ

In West Sumatra, PadangŌĆÖs burgeoning room supply and air connections, including 28 daily flights from Jakarta and direct links with Medan, Batam, Pekanbaru and Kuala Lumpur, are ŌĆ£start-up capitalŌĆØ for Padang to develop its MICE sector, said Yusran, who is also chairman of Indonesia Hotel and Restaurant Association West Sumatra Chapter.

Minangkabau International Convention Centre (MICC) is due to open mid this year with a 4,500m┬▓ convention hall. Maulana Yusran, board member of Sungai Tanang Sinergi, which owns MICC, has noted ŌĆ£the development of new hotels in Padang following the 2009 earthquakeŌĆØ.

PadangŌĆÖs inventory grew from 1,500 rooms before the earthquake to 2,800 rooms at end-2013, with several hundred more rooms expected to enter the market this year, he added.

Having recently organised Tourism Indonesia Mart and Expo (TIME) 2013 in Padang, the destination has the potential to host regional events of about 1,000 participants although facilities and human resources need to be improved, noted Pacto Convex president director, Susilowani Daud.

Take a cycling or walking tour of Kotagede, a historic neighbourhood which in the 16th century was the capital of the Mataram kingdom. Wander around the narrow lanes lined with century-old houses showcasing traditional Javanese wooden houses combined with elements of Dutch brick architecture. These houses were homes of rich merchants during the colonial era. If you are lucky, some owners might be willing to open their houses for guests to go in and take a closer look at the unique architecture and living traditions.

Visit the remains of the Mataram kingdom including the royal mosque, royal cemetery, defensive walls and moats.

Kotagede is known for its silverware, so do not miss the opportunity to drop in to one of the smith shops to see the jewellery making and take home some souvenirs.

Lunch at a local restaurant that serves traditional Jogjakarta food.

After lunch, drive north to Kaliurang, a small town on the southern slopes of Mount Merapi and take a four-wheel Jeep Tour (three pax per jeep) to visit villages, fields, bridges and roads destroyed by the lava and hot clouds during the 2010 eruption. Cold lava covering creeks, heaps of sands and boulders still remain, bearing witness to the devastating eruption.

Meanwhile, the majestic Mount Merapi itself is a beautiful backdrop for photoshoots while the off-road ride on the old Willys Jeep is an experience in itself. The renovated facility now boasts 26 revitalised meeting rooms and two VIP holding rooms to accommodate heads of states, in addition to the Mangupura Hall, a spacious 2000m┬▓, 10m-high venue that can accommodate up to 2,500 pax in a theatre style set up, and the 506-seat auditorium with a built-in stage ŌĆō the only tiered theatre of its kind in Bali.

A brand-new facility is The Lounge, located on the second floor with full-length windows, a fully-stocked bar and an assortment of table settings.

IndonesiaŌĆÖs Ministry of Tourism and Creative Economy is currently working with villages across the country to develop and showcase themselves as unique cultural destinations.

In the Premier Wing, each of the 99 rooms and suites boast contemporary decor adorned with Balinese artistic elements, a balcony and a spacious bathroom. The new wing also has its own swimming pool.

The Heavenly Spa by Westin, the first in Indonesia, features 16 treatment rooms and a hair spa. There are separate thermal facilities for male and female guests, including hydro-pools, salt-wall saunas and steam rooms, plus an inner relaxation lounge for snacks and drinks before or after treatments.

Prego is the new Italian restaurant, offering an open-plan kitchen and convivial atmosphere. The destination is also home to nine separate leisure facilities, including restaurants, cafes, gift shops and a rooftop function area, plus two Adventure Suites with a private outdoor dining pavilion and swimming pool. It also serves as the new check-in facility and finish point for the companyŌĆÖs white water rafting operations.

Panorama combines an open-air area consisting of the outdoor Fresco restaurant featuring an open kitchen concept, next to which is the 181m2 contemporarily designed indoor meeting room, which with its floor-to-ceiling glass sides overlooking the swimming pool, also offers meeting planners ŌĆ£in the poolŌĆØ long table meetings and dining options.

Altogether, Hilton Bandung has 13 adaptable meeting rooms, including Panorama and the pillar-less ballroom.