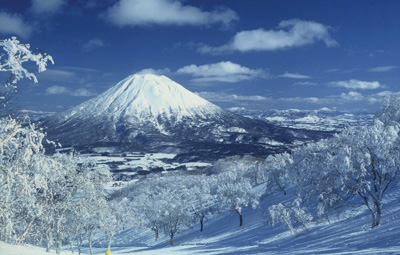 From snowshoe races to sledge-building contests, the Japanese island takes full advantage of its frosty weather and pushes MICE activities unique to its climate. By Julian Ryall

For a good part of every year, Sapporo and the countryside that surrounds the largest city in Hokkaido are blanketed in thick, powdery, perfect snow. So it comes as no surprise that the local MICE industry is playing to the climatic strengths of Japan’s most northerly island.

Locals call winter “the silver time”; but as recently as a decade ago, Hokkaido as a whole had two distinct high seasons for tourists. Those interested in winter sports would arrive for the December-to-February period while the summer season was in July and August.

“We used to have ski resorts that still had great snow on the ground in March and even April, but they were almost empty,” said Dima Azarov, a spokesman for the Sapporo Convention Bureau’s MICE section. “Then we realised that these venues would be ideal for snow-based teambuilding activities.

“We wanted to take full advantage of the opportunities during our off-seasons, and from there we have started to develop and expand our unique offerings for the incentive sector,” he told TTGmice.

The region’s first Unique Venues and Team Building Guide was issued two years ago. Of the dozens of opportunities that have been devised for inbound clients, a number are likely to catch the eye.

The particularly adventurous, even if they are novices, can participate in snowmobile races, while the fittest can take part in a snowshoe race that culminates in an ice cream-making competition. Other venues offer snowman-building competitions, sledge-building contests – with the vehicle eventually put to the test in a race – and team treasure hunts around winter-bound Sapporo.

One of Hokkaido’s claims to winter sport fame is yukigassen, which is essentially a snowball fight with rules that were formalised in 1989. Available at a number of venues, as many as 80 people can participate in a yukigassen showdown. There are even serious moves afoot for the sport to be put forward as an event for future Winter Olympic Games.

And while elsewhere shovelling snow is considered a chore, the ever-inventive people of Hokkaido have elevated it to a sport – the ultimate, perhaps, in Cool Japan.

“The bureau provides a one-stop service to handle any inquiries from tour agents or incentive organisers,” Azarov said. “Whether a group is looking for something specific or more general, we do our best to introduce them to the right people.

“We are constantly striving for new discoveries and ideas, and we work closely with local facilities and event organisers to deepen their understanding and expertise.”

One of the latest additions to the city’s portfolio is Sapporo Racecourse, the first horse racing venue in Japan to be offered as an event venue. With indoor seating of up to 300 people, the course has an impressive view across central Sapporo,  and guests get to bet on a race even if the course is fetlock-deep in snow as the venue can screen a race from the previous summer.

Nearby Niseko has also attracted a firm tourist following in recent years, with the two cities complementing each other with their offerings in the MICE sector.

“The accommodation on offer ranges from internationally branded hotels, such as Hilton, which are set to increase in the near future, to smaller hotels, condominiums and private lodge-type properties,” said Paul Haggart, who handles the MICE sector for the local government.

“The styles of accommodation are endless, as are the options for putting together accommodation for groups who wish to stay in the area.”

Another charm of Niseko is the vast number of medium-sized restaurants that revel in the region’s reputation for providing fine food.

Meeting the restaurant owners and enjoying their seasonal offerings can be the difference between a standard and a memorable MICE event, Haggart said.

The city also has conference and meeting facilities that range from large banquet halls to purpose-built facilities operated by the local government, and Haggart emphasised  that the tailor-made approach to inbound MICE clients works best for Niseko.

Haggart and Azarov both play down concerns that Sapporo is not adequately served by flights from other parts of Asia, with Azarov pointing out that Tokyo is a 90-minute flight away and that the route is the busiest in the world, with more than 70 flights a day.

“Of course, we would like to see more direct flights from new destinations, such as Singapore or Malaysia,” Azarov said, pointing out that inbound tourism from Thailand soared by 89,000 visitors – a 320 per cent increase – when the Sapporo-Bangkok route was introduced in 2013.

“Our major concern is the number of hotels and rooms,” he admitted. “Accommodation in the low season is not an issue for Sapporo anymore and we do see lots of inbound throughout the year, but if we see a further increase in the number of direct international flights, as well as more MICE events heading for Sapporo, then adding more hotels is an absolute must.”

Bundle up, and don’t forget the shoes!

It might seem to be stating the obvious, but anyone taking part in teambuilding events in Hokkaido, especially during the winter months, really needs to be dressed appropriately for the conditions. It can get very cold and wet. Waterproof outer layers are a must, along with gloves and hats. We also sometimes find that our visitors bring all the right clothing, but have forgotten to come with appropriate footwear – and that’s arguably the most important piece of equipment they are going to need.

Sapporo hosts the world-famous Snow Festival over a period of one week in February, with the 2016 festivities scheduled for February 5 to 11. The event has attracted a colossal following among both domestic and foreign visitors, so securing accommodation is very difficult at this time of year. For any companies planning a MICE event, avoid the festival itself, but the following week sees hotel availability return to normal.

A lot of these teambuilding events can be quite strenuous and taxing, so we advise that organisations that come to Hokkaido have appropriate insurance coverage for their staff. We also strongly recommend that they purchase insurance to cover against their flights being cancelled due to bad weather. Hokkaido does get storms during the winter and extending a stay at a hotel here can be expensive.

Cook in the snow Teambuilding in the great outdoors does not have to be all about rolling about in the snow, with Hokkaido also renown for its cuisine and environmental awareness.

Hakkenzan Eco-catering, set up by German-born Bianca Furst, started teambuilding events just two years ago and now operates a regular selection of handicraft workshops, music events, “slow food” evenings, theatrical productions and agricultural projects. In June, participants in an educational project were encouraged to plant beets and potatoes that will grow into a “German meal”.

“We offer ‘eco-craft,’ eco-cooking’ and energy-rally events throughout the year,” Furst told TTGmice. “And because we have a huge field – it’s white and beautiful in the winter – we plan to offer even more events in the winter months.

“We already do snowshoe walking expeditions, cooking on a fire in the snow and team projects to build an igloo,” she said.

“We are particularly keen to connect directly with educational organisations for teambuilding events, and with companies through travel agencies and the city authorities in Sapporo.”

One teambuilding activity that has proved particularly popular, and brings together energy education and environmental education, is using solar ovens to cook meals. Hakkenzan also has its own solar panels and uses the power of the sun to dry locally grown soft fruit.

“Hokkaido is great for nature, for food, new ideas, ‘onsen’ hot springs, nice people, for the seasons and for international exchanges,” Furst said. “We aim to combine environmental education on a fruit farm, with a wide range of outdoor experiences, hands-on farming experiences and bringing in the elements of arts, crafts and energy.”