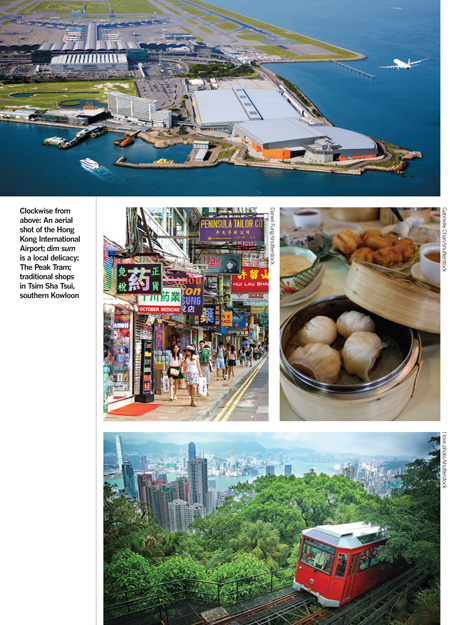 The country is already a MICE hub thanks to its direct international air connections as well as links with major cities along the Pearl River Delta.

AsiaWorld-Expoâ€™s (AWE) CEO, Allen Ha, pointed out the HZMB will further facilitate the flow of people, cargo and services, bringing over 80 million people to a market with unprecedented opportunities for new business growth.

Ha explained: â€śMany organisers have already made strategic moves to relocate, or introduced new shows in Hong Kong, to enjoy the first-mover advantages and pave the way to grow their shows in a highly prospective market. For instance, after Asia Fruit Logisticaâ€™s relocation to AWE in 2012, the organiser Global Produce Events has also teamed up with Cool Logistics Resources Limited to launch the inaugural Cool Logistics Asia conference, also held at AWE, last year.â€ť

AWE is also collaborating with neighbouring cities. Last year, it signed a partnership with Zhuhai International Convention and Exhibition Centre (ZHICEC). They will jointly promote local and international sales and marketing opportunities, including working together on mega conferences to provide the concept of â€śone event, two venuesâ€ť.

Attractions are also gearing up for bigger crowds and larger events.

Ngong Ping 360 is counting on the HZMB to lift its visitorship as the future link will make it more convenient for MICE groups from Macau and Zhuhai to visit Hong Kong.

Managing director of Ngong Ping 360, Stella Kwan, said: â€śFor instance, they can consider visiting Hong Kong for a business event and do short stays in the country to enjoy a Lantau excursion, or have a joint Macau/Hong Kong itinerary. (Similarly), MICE groups that visit Hong Kong may also make a short trip to Macau or Zhuhai for sightseeing or business meetings. The three destinations will complement each other and become a MICE hub by developing joint promotions and partnership projects.â€ť

Kwan said her team is preparing for upcoming opportunities driven by HZMB, and is â€śconsidering teaming up with other theme parks and attractions in Zhuhai or Macau to develop new partnership productsâ€ť.

Hong Kong SkyCity Marriott Hotel, which has stepped up its presence in Zhuhai, Shenzhen and Guangzhou, is planning to tackle the anticipated demand surge with refreshed and upgraded meeting spaces. The hotel has also reached out to meeting organisers to work together on long-term events and projects. General manager of Hong Kong SkyCity Marriott Hotel, Michael Muller, said: â€śWith our unique positioning next to AWE, HKIA and the Boundary Crossing Facilities, we anticipate more event organisers will look for opportunities in Lantau. As Hong Kongâ€™s city centre is usually busy and congested, the new connection will (aid us when it comes to) exploring new opportunities with MICE operators based in Zhuhai, Shenzhen and Guangzhou. We also hope to further engage event organisers in South-east Asia who now have the option to hold dual-destination events in Zhuhai, Macau and Chek Lap Kok.â€ť

Team Building Asia, which does more than 20 events a year, regards Lantau as a destination to watch.Â

Its co-founder and director, David Simpson, said: â€śAccess to venues (in Lantau) is not perfect now but the new HZMB and infrastructure developments â€“ like the expansion of HKDL and HKIA â€“ will hopefully change that. For sure, new infrastructure will make it easier for teambuilding companies like ourselves to get our equipment to venues, which are currently limited due to restricted roads and areas.â€ť

3.4
The percentage year-on-year growth in overnight MICE arrivals into Hong Kong in 2Q2016, crossing the 828,000 mark

20,000
The total number of participants â€“ hailing from China, Taiwan, Hong Kong and Macau â€“ who attended the three-day Nu Skin Greater China Regional Convention. It was held at the AsiaWorld-Expo in June 2016

The construction of Hong Kong International Airportâ€™s three-runway system is underway. The upcoming development on Lantau Island will lead to the formation of the Aero-Bridgehead Economy Zone, where the new commercial and residential developments aim to drive long-term economic growth.

The Tuen Munâ€“Chek Lap Kok Link will connect HKIA and Hong Kongâ€™s north-west New Territories to the economic powerhouses of Shenzhen and Qianhai. Travelling time between Hong Kong and the Pearl River Delta cities will be significantly shortened. This will further facilitate the flow of people, cargo and services, bringing over 80 million people to a vibrant and affluent market with unprecedented opportunities for new business growth.