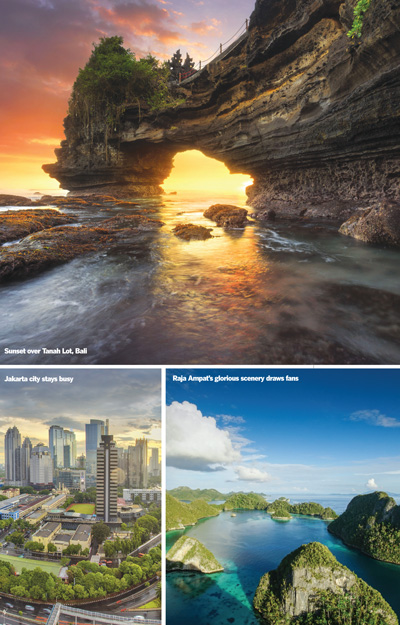 Inbound MICE business has slowed but the trade remains optimistic as the government helps to turn fortunes around. By Mimi Hudoyo

Global events and economic conditions have weighed down MICE business into Indonesia, but the trade remains hopeful for the future. This in light of the tourism ministryâ€™s efforts in courting new markets, as well as renewed national carrier flights to the US.

Vienna Damanik, account director at Cakrawala Event Organiser, shared how the downturn has affected MICE business: â€śWhile some of our clients have (operations) in Indonesia which are doing quite well, they need to support their slowing business in other parts of the world.â€ť

Belts have also been tightened, and budget cuts have affected the choice of destinations and venues.

Abbey MICEâ€™s managing director, Abdullah Lajam, further noted: â€śAlthough the number of events are not necessarily down, we noticed corporates were more hesitant to spend. (For example), companies that previously looked for five-star hotels have gone down to four-star, while those (who used to book) four-star now look for three-star.â€ť

As for government events, Abdullah saw that the number of events had risen but spending had declined.

Ketut Jaman, managing director of Melali MICE Bali, said: â€ś(Governments still) spend on meetings. The number of meetings may not be down, but we do not see many (large-scale ones).â€ť

When asked about the future, Abdullah said: â€śIt is hard to (predict how business) will go this year. Factors like the refugee (situation) in Europe, the US elections, and the uncertain global economy have caused companies to freeze budgets.â€ť

Moreover, some in the global community perceive Muslim countries such as Indonesia to be dangerous.

He stressed: â€śIndonesia has to present itself as a safe and secure country, otherwise international companies will (put a) stigma (on us).â€ť

Still, the MICE industry is optimistic about the potential for growth.

Abdullah said: â€śI think the Ministry of Tourism is doing a very good job by not only promoting Bali for leisure, but also pushing the budget to promote Indonesia as a MICE destination. With their support, Indonesia is looking good.â€ť

â€śThe Russian (leisure) market declined (in the last couple of years) due to the ruble, but it seems that companies have started organising MICE events again,â€ť he said.

Marantha added that these markets presented a great opportunity, but â€śthe problem is the lack of Russian-speaking guides and guest servicesâ€ť available.

In the meantime, MICE players expect that the US market will be interested in Indonesia as an incentive destination, especially when Garuda Indonesia starts flying to the US.

â€śThe plan to fly to the US is part of Garudaâ€™s business expansion to strengthen its position as a global (airline) player. With the FAA rating upgrade, we are trying to materialise our plan even sooner,â€ť said Benny Butarbutar, vice president corporate communications, Garuda Indonesia.

Awaiting the potential new connection is Mario Scozia, executive director A&A Incentives, Meetings & Conferences, US. He said: â€śWith proper time and marketing efforts,Â  as well as support to dedicated loyal suppliers, I believe that (Garudaâ€™s planned US flight) will do well and gain a solid share of the business, especially on the Los Angeles-Denpasar route. Bali would be the primary destination.

â€śWe are using other airlines now with connections but losing the inflight Indonesian experience (without an Indonesian national carrier),â€ť remarked Scozia. He added that Garudaâ€™s flights from the US to Indonesia in the early 1990s helped the industry to grow.

Susilowani Daud, president director of PACTO Convex, agreed that having a national carrier with good air connections worldwide would definitely â€śhelp in promoting a countryâ€ť on the global MICE stage, and comes especially vital at a time when security and accessibility are â€śtop considerationsâ€ť in securing bids. Garudaâ€™s prospective service to the US next year is also opportune, added Susilowani, as Indonesia will host the World Bank Conference in Bali in 2018 with 15,000 participants expected. Iqbal Alan Abdullah, chairman of the Indonesia Congress and Convention Association, said: â€śIncentives from the US make a big market. Indonesia has received some groups from US-affiliated companies, but improved accessibility will definitely help.â€ť

But he also questioned Garudaâ€™s commitment, as he opined the carrier had in the past abruptly plugged services on routes that did not return quick yields.

â€śMarketing and preparing for MICE (groups) takes time, and we want to make sure that by the time the group travels the service is still there,â€ť Iqbal said, urging the national carrier to do a thorough assessment of the market before initiating the service.

4
The revenue target â€“ in billions of US dollars â€“ the MICE sector will contribute to the economy by 2020, representing 10 per cent of total tourism revenue. This in line with the increased events and participants, according to INACEB data

1,358
The number of delegates, hailing from 63 countries, who attended PATA Travel Mart 2016 in Jakarta. This is the fifth time Indonesia has hosted the event

The 1,100-hectare mixed-use Mandalika Resort development in Lombok is being positioned as an ecotourism development, with more than 51 per cent being dedicated to green spaces.

Five hotels will break ground soon, and a total of 1,500 rooms will open in the next three years.

Achmad Yani International Airport in Semarang, Central Java, is currently undergoing expansion and is set to start operations in 2018.

The airport, which is the gateway to Central Java, will see its terminal space grow from 6,700m2 to 58,000m2. It will be able to accommodate six million passengers a year.

Semarang is developing itself as a MICE destination. The city is also an entry point to destinations like Borobudur and the Prambanan Temple.

Garuda Indonesia is planning to start flying to the US next year after the airline received an upgraded status from the Federal Aviation Administration (FAA). The FAA audit showed that the airline complied with the ICAO safety standard and hence granted the airline a Category One status on August 16, allowing it to fly direct to the US.

The plan is to utilise a Boeing 777-300ER via Tokyo Narita â€“ leveraging the fifth freedom rights Indonesia carriers have with Japan â€“ with possible destinations being Los Angeles and New York. The airline sees a potential of 400,000 passengers.