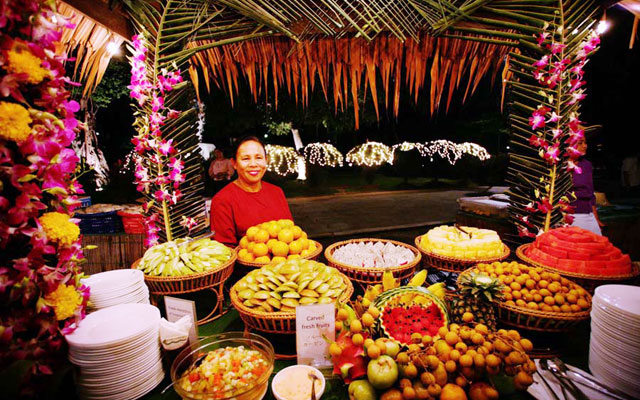 A food waste prevention certification programme – The Pledge on Food Waste – will debut across Thai hotels and event venues at end-November, following a ceremony by Sampran Riverside to mark its success as the first hotel to achieve this certification.

The Pledge, a third-party verified food waste prevention standard articulated around nine key guidelines and 85 criteria to cut food waste and save on food costs, is endorsed by organisations such as United Nations Development Programme and Business France, and audited by Audit Diagnostic Tourism Solutions.

The programme seeks to help organisations understand and tackle food waste, by setting up a system that encourages hotels and venues to monitor food waste, build capacity among their employees and apply the right KPIs, among other things. Participants can also access a web-based Food Excess Monitoring Platform as well as LightBlue’s “complete attention and assistance throughout the process”, according to Benjamin Lephilibert, The Pledge’s secretary and managing director of LightBlue Environmental Consulting.

Programme implementation support right through to certification is provided by the Thailand Convention and Exhibition Bureau (TCEB), which dangles subsidies as encouragement for hotels and event venues to join.

Lephilibert told TTGmice that although the programme has been available for months, the decision was made to only publicise it after the first successful certification.

“We (want to) demonstrate that the programme can achieve real financial results and is a serious process that requires true commitment. Sampran Riverside’s success will be the base on which we will build our communications,” Lephilibert said.

Through the programme, Sampran Riverside, a family-run eco cultural destination located an hour from Bangkok, was able to cut food cost percentage by 3.04 points on average and food waste by 6,405kg, reduce 12.5 per cent in food cost per cover, and offset 19,215kg in carbon emissions within 10 months.

While Lephilibert believes that “TCEB’s backing will absolutely open doors for us in approaching business event venues and hotels in Thailand”, he admitted that there is still much resistance in the marketplace towards food waste prevention.

“Firstly, people are generally in denial about (food waste). Secondly, food waste is a relatively new issue that has only started to make headlines,” he explained.

He continued: “Also, there isn’t an accounting system to quantify food waste. Without understanding the extent of food waste being produced, it is hard to address it. For example, some major hotels we worked with were found to generate more than 1,000kg of food waste daily, which equates to an annual cost of more than US$1 million. The moment you can put a figure on it, people will…pay attention.”

Cost of implementing the programme and certification audit varies according to the size of food operations or number of covers sold a month, according to Lephilibert.