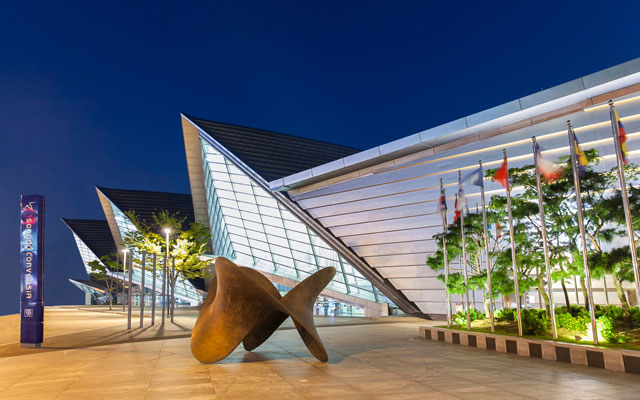 The 10-year-old Songdo Convensia in Incheonâ€™s smart city will complete its phase two expansion this July, doubling its size and event capacity.

To come are two new exhibition halls adjoining two current ones, thus allowing Songdo Convensia to accommodate 900 booths, up from the current 450; a Grand Ballroom for up to 3,000 guests; and 12 new conference rooms.

â€śWhen Songdo Convensia first opened in 2008, most of the demand for our spaces came from China. We had a lot of tradeshows and conferences from China, hosted by companies keen on penetrating the South Korea market. But we ran out of meeting space quickly and could not contain them all. The 23 meeting rooms we have are just not enough,â€ť said Jeon.

â€śIn recent years, we have also started to see demand from the US and Australia overtaking that of the Chinese, with organisers coming here to conduct trade events that are a mix of exhibitions and meetings. This pushed us towards the expansion of our facility.â€ť

Jeon shared that the space crunch at Songdo Convensia led to â€śa lot of missed opportunitiesâ€ť, as events that could not be accommodated at the centre had gone to other venues or destinations.

â€śIn Incheon, the other alternative for large-scale events is Paradise City which can take around 2,000 pax in its function rooms,â€ť he said, but added that Paradise City is a high-end resort so not all trade events could afford it.

With the opening of the additional facilities just a month away, Joen said interest among show organisers is high and enquiries for large-scale events are streaming in.

â€śThis expansion will be beneficial for Songdo and Incheon in general,â€ť he remarked, adding that there are more than enough hotel accommodation in Songdo city to support large-scale events.

He said there are 1,800 to 1,900 guestrooms within walking distance of Songdo Convensia, most of which belong to four- and five-star hotels.