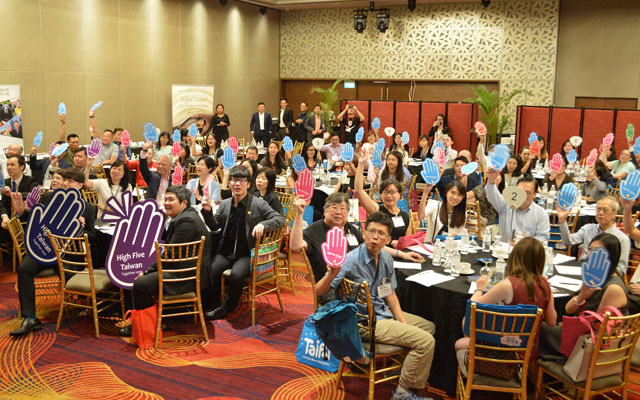 Demand for incentive travel and teambuilding trips to non-city areas of Taiwan are beginning to grow in popularity, following aggressive promotions by Meet Taiwan, the Bureau of Foreign Trade’s business events promotion agency.

The agency has been spotlighting unique offerings across Taiwan through campaigns such as the Asia Super Team annual challenge, roadshows in South-east Asia and business incentive programmes, Jessie Tseng, executive director of Meet Taiwan, told TTGmice at the Meet Taiwan Networking Event yesterday.

“Most Singaporeans are familiar with Taiwan, but we would like to showcase more of Taiwan’s creative activities and programmes that would appeal to incentive and teambuilding groups,” said Tseng.

Selvam V, managing director of Singapore-based Star City Tours, shared that his clients have been eager to explore parts of Taiwan outside Taipei and engage in “local” experiences, such as rafting and handicrafts.

“We’ve only just introduced tours to Taiwan and our clients are already very interested in exploring the (whole) country,” he said.

In these areas, groups engage in activities like outdoor cycling, visits and interactions with aboriginal communities and sticky rice-making to experience the “original culture” of the country, he described.

Still, corporate groups – especially first- and second-time visitors – expect to make a stop at Taipei when in the country, as it is the capital of Taiwan.

“The last or last two days can be spent in Taipei, be it to go to shopping centres or other venues in the city,” said Chang.