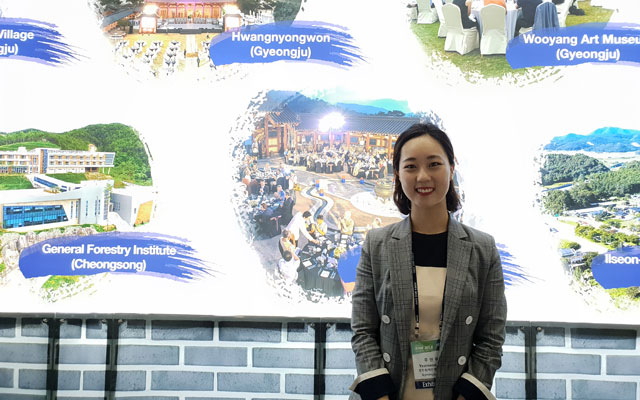 Gyeongju Convention and Visitors Bureau is making quick progress in its efforts to build the ancient South Korean city up as an attractive option for global association congresses, with the most recent wins being the 20th International Symposium for Therapeutic Ultrasound, and the 20th International Congress on Plasma Physics.

Meanwhile, the 20th International Congress on Plasma Physics, which is likely to run for five days in May 2020, is expected to attract some 700 scholars, professors, researchers and other specialists in the field of plasma science from over 30 countries.

Since the establishment of the CVB in 2014 and the completion of the city’s only dedicated convention and exhibition venue, Gyeongju Hwabaek International Convention Center in March 2015, Gyeongju has secured several association meetings from a range of industries such as nuclear power, medicine and engineering.

Kyla Joo, assistant manager, convention services, convention sales team with the Gyeongju Convention and Visitors Bureau, revealed that the city will have six international association congresses calling at Gyeongju this year alone, most of them related to medicine and engineering.

Gyeongju has also seen success in winning over nuclear power-related meetings as a result of Korea Hydro & Nuclear Power’s (KHNP) relocation of its main office to the city in March 2016.

“Since last year we had have four or five conferences related to nuclear power, and it was all because of KHNP,” she said.

Joo added that the bureau is also keen to “go after heritage-related congresses” by leveraging the city’s rich history that dates back to the Silla Dynasty.

“Last year we hosted the World Congress of (Organization of World Heritage Cities, and because of the success of that conference, UNESCO will take its Asia-Pacific meeting to our city this September,” she said.