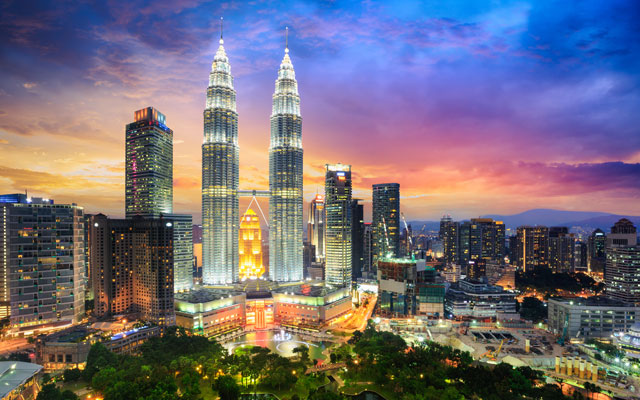 The corporate meetings segment in Kuala Lumpur is looking healthy, report DMCs and venues, with strong forward bookings spurred by competitive hotel rates and new five-star hotel brands entering the capital city, as well as the weak ringgit which has made the destination attractive to foreign companies.

Additionally, the new Malaysian prime minister, Mahathir Mohamadâ€™s pledge that the government will be business friendly augurs well for the business events industry.

Kuala Lumpur Convention Centreâ€™s general manager, Alan Pryor, said: â€śThis is very positive for Malaysia and can only enhance our competitive advantage, and enable us to grow our market share of inbound corporate meetings.â€ť

Pryor added that the capital cityâ€™s appeal for corporate meetings lies in its affordability, an experienced supply chain, purpose-built meeting facilities, accessibility to the region and a business-friendly environment where English is widely spoken.

China and Australia are two markets that show the most promise for Kuala Lumpur Convention Centre. He explained: â€śThis is directly related to proximity and good access, and the fact that there is a strong relationship with Malaysia in terms of trade and investment and economic cooperation. The corporate sector generally makes up 20 per cent of the centreâ€™s business mix, and this can vary dependent on the business landscape and market conditions.â€ť

Also positive about the cityâ€™s corporate meetings sector is Adam Kamal, general manager at Tour East Malaysia. He said: â€śThe relaxation of Indian visa as well as a further depreciation of the ringgit had resulted in a 10 per cent increase in Indian arrivals for us this 2H2018. Based on enquiries youâ€™ve received, I foresee strong forward bookings in 2019.â€ť

Adam also revealed that Baliâ€™s Mount Agung eruption in July and Lombokâ€™s earthquake in August has led some corporate interest to be redirected to Kuala Lumpur. As a result, his agency has seen a spike in enquiries from India and China, for groups of between 60 to 200 people for September onwards.

Agreeing with Pryor on Kuala Lumpurâ€™s relative affordability compared to other Asian business cities, particularly those in India, Adam said: â€śIt is cheaper for Indian corporates to meet in Kuala Lumpur than in the metro cities such as Delhi, Mumbai and Chennai as hotel rates here are more competitive.

According to Adam, Kuala Lumpur is also attractive due to its proximity to leisure hotspots such as Ipoh, Melaka and Port Dickson, which are two hoursâ€™ drive away. This makes it easy for planners to include fun day trips to the business itinerary.

For Luxury Tours Malaysia, growth in corporate meeting this year comes from India and Indonesia. There were more groups of at least 400 delegates this year compared with 2017.

Arokia Das Anthony, the agencyâ€™s director, said many of his corporate clients had offices in Kuala Lumpur and the reason for these meetings were to meet with their Malaysian counterparts. He added: â€śSome combine meetings with tours within Greater Kuala Lumpur.

After the Malaysian General Election and change of government, we saw an increase in corporate bookings and incentive groups from India and Indonesia in June, July and August, with short lead times of 10 days.

â€śWe think part of the reason was that companies wanted to see how things were in Malaysia as well as take advantage of the Mega Sale period and the zero rated Goods and Services tax break of three months which ran up to end August.

â€śKuala Lumpur is a shopping haven and many delegates like to use their free time after meetings to go shopping along the Jalan Bukit Bintang area.â€ť

Arokia expects the recent opening of more five-star international luxury brands in the city to lure a heavier corporate traffic.

â€śBanyan Tree Kuala Lumpur, Four Seasons Hotel Kuala Lumpur and W Kuala Lumpur opened in July and August. We have a number of bookings for C-level meetings of no more than 40 people each, and these have chosen luxury properties,â€ť he said.

Since the hotelâ€™s opening in July, Roelens said the property has seen strong forward bookings for C-level meetings and other private events held alongside larger conventions in the city.

He has reported a 20 per cent year-to-date growth in corporate meeting bookings from Poland and 25 per cent from Romania. These were a result of his companyâ€™s move to engage a sales representative to develop the outbound leisure and corporate market in Eastern Europe 2.5 years ago.

As well, corporate meetings from Saudi Arabia to Kuala Lumpur has grown slightly year-on-year, with forward bookings for November to early 2019 looking strong. Saini said the market is drawn to Kuala Lumpurâ€™s many hotel options with meeting facilities and easy availability of halal dining venues.