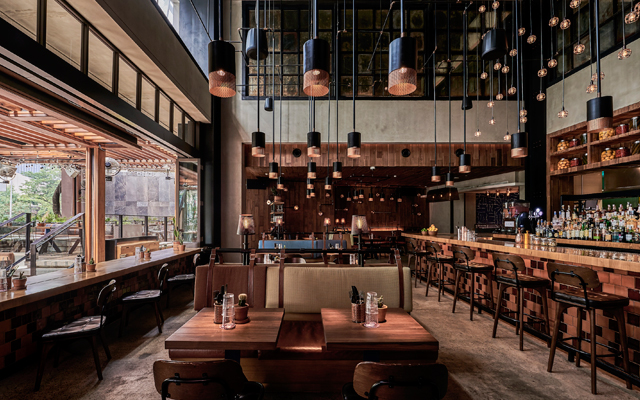 Alila SCBD Jakarta has opened next to the Indonesia Stock Exchange, featuring a striking fa├¦ade with its irregular, boot-like architecture comprising a long podium and a diamond-shaped tower.

The five-star property boasts 227 studios and suites, as well as recreational facilities such as a spa, outdoor swimming pool and gym. There are several F&B options ranging from the New-York style Vong Kitchen to 24-hour Le Burger, both by Michelin-starred Jean-Georges Vongerichten and son Cedric, as well as Hakkasan specialty restaurants by the Hakkasan Group.

For events and meetings, there are 13 event studios on-site as well.

The minimalist property features original art works, including the Orbital of Joy, a large wall-mounted artwork by Yogyakarta-based art duo Indieguerillas outside the entrance to the hotel; and a dramatic art installation titled Birds, Bats and Butterflies, created by Australian-born architect and artist Richard Hassell, inside the large living room-styled lobby.