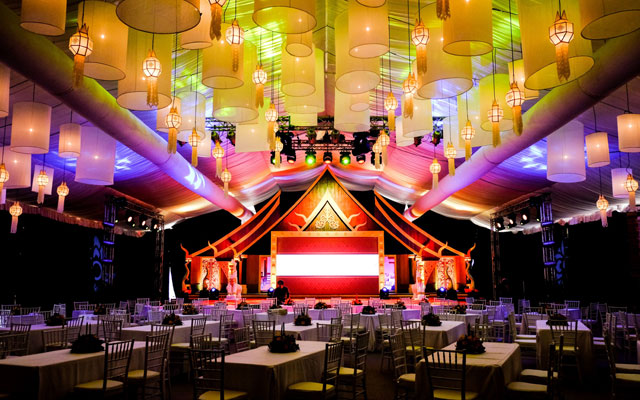 Mega incentive gatherings are increasingly knocking on Phuket’s door, and the Laguna Phuket integrated resort has responded with new, large venues, as well as expanded and revitalised accommodation options.

The 672m2 Similan Ballroom at Outrigger Laguna Phuket Beach Resort will open its doors in January 2020, joining two other new event venues that debuted this year. The 454m2 Lagoon Deck at Banyan Tree Phuket was launched in May 2019, while the 1,500m2 ACES Laguna Phuket convention and exhibition centre was unveiled in September.

Ravi Chandran, executive vice president of Banyan Tree Group and managing director of Laguna Phuket, shared with TTGmice: “With capacity for some 1,500 people, I’d say ACES is the largest event venue now in Phuket. All our venues combined have the ability to cater to all sort of events and, more importantly, allow us to support event planners seamlessly.”

While Ravi noted that the wave of mega incentive events is benefiting many hotels on the Thai island, Laguna Phuket itself has enjoyed a fair share of such gatherings through the years. In 2012, Amway China sent 15,000 winners its way, with arrivals staggered across a full month from April to May. The following year, Nu Skin Hong Kong brought 4,000 business associates to Laguna Phuket.

Angsana Laguna Phuket alone was bought out by an IT company in 2018 for 500 people, and again in 2019 by another IT company for three president’s club events with 500 people each.

“The demand from mega incentives remains strong for us into the coming years. We have just confirmed Amway Russia for March 27-31 in 2021, which will bring 1,956 people to Laguna Phuket. The group will use all our hotels and event venues. Angsana Laguna Phuket will see 305 rooms in use; Cassia Phuket, 158; Dusit Thani Laguna Phuket, 192; Laguna Holiday Club Resort, 98; and Outrigger Laguna Phuket Beach Resort, 225,” revealed Ravi.

He attributed this trend to the destination’s improved accessibility for key markets around the world, presence of hotels with large venues, and greater destination exposure through weddings that were attended by global citizens who were motivated to return for leisure and business events.

“Most of the mega incentive events we get are from Asia. Our top source markets in this region are China, India, Singapore and Hong Kong, where many companies are based. We are also seeing strong emerging demand from Russia, as well as North America where we have a MICE representative to help us drive business. Many leads have also surfaced in Dubai,” Ravi said, adding that direct air access from Russia and many cities in India has been “a real gamechanger for Phuket”.

However, Ravi was quick to point out that Phuket is facing intense competition from Danang, Vietnam, especially for the China market, and Laguna Phuket “has to up its game”.

To this end, the integrated resort has continued its investment in staff training through the Banyan Tree Management Academy, as well as resort expansion and improvement. Dusit Thani Laguna Phuket’s collection of club rooms were “extensively” revamped at the end of 2018, while 45 new Banyan Tree Serenity Pool Villas have opened at the 18-hole Laguna Golf Phuket. Angsana Oceanview Residences – which will be located alongside Angsana Laguna Phuket and offer private pools – is targeted for completion in 2021.

“We are working with a variety of partners, such as the Tourism Authority of Thailand and Thailand Convention and Exhibition Bureau, to market Phuket and keep leisure and MICE demand coming throughout the year,” he said.