It is no longer enough to just provide halal-certified food to be a welcoming destination for business event groups with majority Muslim attendees. 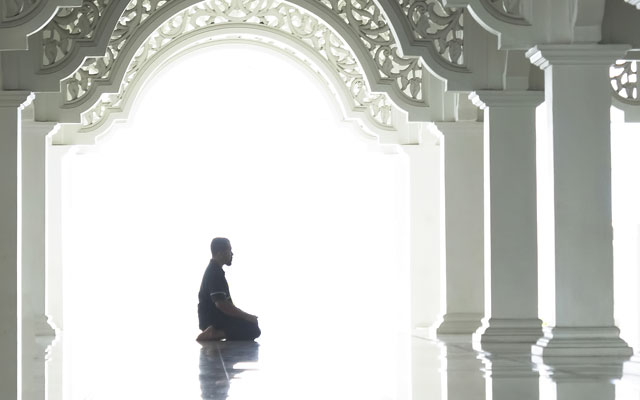 Event planners from Muslim-majority countries are urging destinations and event suppliers to quickly broaden their understanding of Muslim travellers if they wish to benefit from the burgeoning segment.

According to the Mastercard-CrescentRating Global Muslim Travel Index 2018, South-east Asia will welcome more than 18 million Muslim visitors by 2020 – accounting for 15 per cent of total visitor arrivals in the region. A buyer from Dubai who has requested anonymity, said a place to pray in between meetings, and a meeting or conference programme that provisions for prayer breaks on Friday are important as well.

These needs are echoed by Willy Sihombing, CEO of Sedona Holidays Touri & Travel based in Medan, Indonesia. He added that some Indonesian Muslims even prefer staying in a Syariah hotel should there be such an option in the event destination.

“Otherwise, the minimum requirements are halal food and guestrooms with the Qibla sign (indicating the direction to pray),” Willy said.

While hotels are generally more aware of Muslim needs, convention centres (in non-Muslim destinations) have some catching up to do, opined Andre Christian, managing director of Talenta Tour, Malang, Indonesia.

When asked which destinations have done well in welcoming events with majority Muslim participants, Willy and Christian named Japan and South Korea.

Willy said both destinations have been “very serious” about attracting Muslim travellers.

“There are more and more halal-certified restaurants, and you can easily find prayer rooms at public places such as the airport as well as mosques in the city,” he said.

Muslims currently make up of about 20 per cent of Japan’s total arrivals, and most tend to visit for leisure. Regardless, Susan Maria Ong, MICE director, Asia-Pacific, Japan National Tourism Organization, said Japan’s keenness on capturing the Muslim MICE segment is evident, having opened an office in Kuala Lumpur in March 2017. The office has published a Muslim guidebook detailing restaurants and hotels in commonly visited locations in the country.

Taiwan, which has stepped up efforts to draw Muslim travellers, was recently ranked third in the world for being Muslim-friendly, up from the fifth position in 2017.

Jerchin Lee, executive director, Taiwan External Trade Development Council, said: “Taiwan has done a lot to promote itself as a Muslim-friendly country; we have everything from restaurants and halal vending machines to prayer rooms in convention centres.”

Lee shared that Taiwan welcomed 60 per cent more Muslim leisure and MICE travellers in 2018 than the previous year. Recently, a 1,300-pax incentive group from an auto parts company in Indonesia visited Taiwan, and Lee said they felt “very comfortable” when travelling around the island.

“Muslims make up about one-fifth of the global population, and we are keen to capture the market, especially outbound travellers from Indonesia, Malaysia and the Middle East,” he noted.

Another destination that has made significant progress in this capability is Thailand, according to Christian. He found Thailand to be a convenient destination for his travellers and one where Muslim-friendly hotels can be found in the popular downtown Pratunam area.

This year, Thailand’s Ministry of Sports and Tourism hosted a series of halal-tourism training sessions with tour operators, tourism-related government and private agencies. The Institute of Asian Studies at Chulalongkorn University has also been recruited to research on specific market demands.

Senior lecturer Ismah Osman of Malaysia’s Universiti Teknologi Mara pointed to Chiang Mai as an example of how a destination can become more Muslim-friendly. The province is preening itself as a prime Muslim MICE hub, offering 12 Muslim-owned hotels.

The Thailand Halal Tourism Association is carrying out training with a range of tourism-related organisations. Halal food advisors are also on hand to concoct more creative menus at events and conferences.

Products are being developed in Chiang Mai to appeal to the Muslim MICE market. This includes Ping Luang village, home to a Thai Muslim community. The community-based tourism project will welcome guests this year, and boasts a bamboo meeting room as well as a range of community-driven activities – such as halal cooking classes, traditional weaving and fishing – aimed at incentive and teambuilding groups.

This article is written by Mimi Hudoyo, Rachel AJ Lee and Marissa Carruthers