Western Australia is resuming business events in two weeks' time, no mean feat when many Asia-Pacific cities are still trying to flatten the curve. Nigel Keen, general manager of Perth Convention and Exhibition Centre and board member of Exhibition and Event Association of Australasia, acknowledges that this achievement is a result of multi-party partnerships and the market's strong faith in Perth 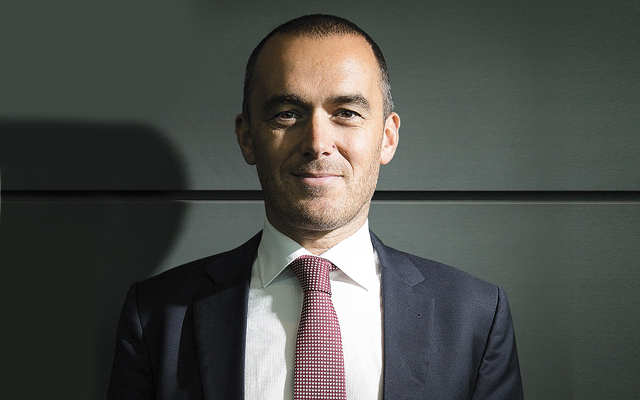 West Australia (WA) declared itself open for business events with no restrictions tied to organising meetings from July 18. How did you pull that off when all the other Australian states are still struggling to get to that point?
I think there are two major factors. The first is from a health position. Covid-19 entered the WA community a few weeks after the East Coast. I think our government and health officials were able to learn lessons and have a bit more time from a planning perspective, which enabled us to manage Covid-19 exceptionally well. We’ve had no community transmissions within the state for a couple of weeks now. So, from a health perspective, we were in a very good position very early on.

From an industry perspective, we had to get our message to the government. A lot of the policies were around shopkeepers… (However,) the business events sector had collapsed. We went from probably our biggest national and international year to zero.

I distinctly remember walking out (of the Perth Convention and Exhibition Centre) on March 13, being the last one at the venue and turning the lights out. It was a harrowing experience. The industry started engaging with the federal government very quickly.

However, I recognised that decisions were going to be made at a state level from a health perspective and the states are moving at different speeds in recovery.

We had initial engagements with Tourism Western Australia, which is a government entity, and some meetings with the tourism minister. But it was pretty clear that the ecosystem from a tourism perspective is very wide and has multiple players, some who don’t necessarily speak the same language of business events with regard to trade and investment visitation. So, I asked the minister if he would form a subcommittee that would focus purely on restarting the business events sector, and that was endorsed.

We then had multiple engagements with the broader community because the state wants to apply the same rules to the event space across all gatherings. We did some workshops, understood the overarching principles that businesses would need to return to in a safe manner.

Step by step, we’ve worked through any challenges that we needed to address and were successful in getting the most recent announcement where we can now operate at 50 per cent occupancy and from July 18, revert to 100 per cent.

That’s a great achievement. But is there any talk of a second wave of infections that could put business events back into lockdown stage again?
We’re very uniquely positioned in WA in that we are well connected globally but we are also isolated. We’re extremely confident that in WA, it’s going to be managed exceptionally well, but I understand from a global and regional perspective there’s going to be a phased recovery.

The challenge we have is that there are still obstacles on the road for the recovery of the industry sector. (Fortunately,) we’re in the same timezone as South-east Asia. That’s significant for us because people can not only host events within WA and in Perth, they can operate a hybrid model or online model in the same timezone so it doesn’t disrupt people’s normal business day or activities.

Perth is very uniquely placed to suit the industry which has adapted during this period. And I think they’ll learn to monetise that moving forward with the ability to operate within a larger global audience that’s within the same time-frame and in a very safe environment.

Which Australian state do you think will be next to arrive at this point where they can declare business events back to normal?
That’s a tough question but I would say South Australia or New South Wales are probably in a good position. It really comes down to the health advice and the conversations industry leaders are having with the government in those state. It’s a partnership we need, as we don’t want to reopen our venues and have setbacks. We want to give our customers a level of confidence so they can make their bookings and travel arrangements knowing they’re not going to have to undo those plans and suffer the financial repercussions of that.

What has been the response of the business events community in Perth so far since announcing the re-opening?
As soon as we had the Premier’s announcement, we started receiving calls. Our sales team got enquiries on the same day within the hour (of the announcement).

We’ve also reached out to our national clients because international travel dates have yet to be determined and we have confirmed events as soon as September. We were very fortunate that while we had some initial cancellations when Covid-19 hit, probably 95 per cent of our bookings that were impacted had simply rescheduled into the calendar year 2021 and 2022. That just shows the confidence (the market has) in Perth as a destination for business events.

What is your reading of delegates’ demand, as they are both eager and cautious at the same time about the return of events?
Yeah, look, it’s a very interesting question and you know, I don’t have a crystal ball. But I’m sure you’re aware of the Australian Football League, and WA is now becoming a (football) hub. We’re fully expecting the two local teams to play to a full house of 60,000 people this month.

I think that shows consumer confidence is coming back quickly and I don’t see it being any different in the business events space, especially when the majority of those events will now occur in the last quarter of this year, and predominantly into the next calendar year.

I think time will also give delegates confidence that travel can be done in a safe way, because people need to get used to getting back into their work environment and onto public transport.

But with international borders still closed until probably December or January at least, what does that mean for Perth Convention and Exhibition Centre and business events in Perth, generally?
Perth as a destination has grown up in recent years. We’ve got fantastic airport infrastructure and the state has been investing heavily into city precincts. We now have the first Ritz-Carlton in Australia while Westin and InterContinental have both opened, so that’s over 3,000 hotel rooms that came online in the last year or two.

I expect (business) to bounce back because the destination hasn’t changed; it’s just about the confidence from the decision-maker. We will be working hard with Business Events Perth to tackle that challenge, possibly looking at tactical marketing campaigns and B2B marketing tools, as well as staging multiple destination showcases within the (local) destination.

We’re now in discussions with Business Events Perth to create our story about WA, its capacity, and destinations within Perth and regional to bring clients back into the state.

This has been quite a trying time for everyone in the business events industry but you’ve had a role to play in making change happen and moving the industry forward. What’s the journey been like for you personally?
It’s been tough, even though there’s been some small wins on the way and there’s still a long road to recovery. Leadership in this period, especially with my staff, has been really important. I made it a personal goal to talk to all our staff in groups before we closed our venue, to explain the situation.

We stood down over 500 staff. We are now in the stage of bringing staff back slowly. We’re still assessing when our reopening day will be.

You have corporate responsibilities to your parent company and its financial pressures. But also, it’s been refreshing to reach out and speak to clients on a regular basis, to make a point of finding out where they’re at with their organisation, where their thoughts lie now and moving forward.

It’s been quite an interesting journey, not one that I want to repeat too often, but I’ve been very fortunate as well, that I enjoy my nature walks and hiking so I’ve been able to squeeze a couple of trips into Perth’s Great Southern regions and do some beautiful walks. (These activities have) recalibrated me to deal with what we need to on a day-to-day basis.

Speaking to peers and people within the industry and collaborating have given me a sense of energy and purpose, and that keeps my batteries recharged.