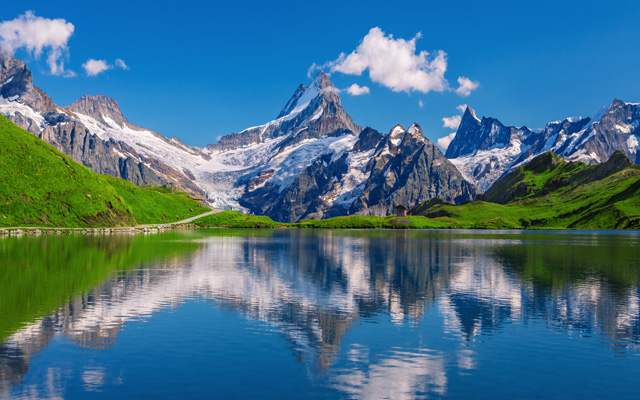 The management and top dealers from Indonesia’s Massindo Group will be the first incentive travellers from the Asian country to set foot in Switzerland since the pandemic.

Massindo Group, which holds licences of international brands such as SpringAir and Therapedic, and is recognised as an upmarket bedding company, will bring 168 members on a December tour programme organised by Xpert Indonesia.

“A few weeks ago, they had a meeting and made the decision to host their incentive this early December,” revealed Oi.

The group has started to process their visas.

While details of the programme are still being ironed out, Oi said the 10-day trip would call at regions of Zürich, Valais, Lake Lucerne, Bernese Alps Oberland and Lake Geneva.

The win is not only memorable for Switzerland, but also for Xpert Indonesia, as the programme is the agency’s first post-pandemic incentive group.

Stephanus Suharli, director and owner of Xpert Indonesia, likened the win to “morning dew after a long drought”.

He recalled how the programme had to be postponed due to the pandemic. “But as soon as we saw an improved situation – that the destination is ready to receive travellers – and that we are able to ensure the safety and comfort of incentive participants, the client agreed to resume travel plans,” he said.

“We are grateful that the Swiss Embassy in Jakarta, Switzerland Convention & Incentive Bureau, the airline and hotels were all very supportive,” he added.

To facilitate visa applications, the Swiss Embassy made arrangements for incentive winners to make their biometric records in their home region, instead of having to travel to Jakarta for the procedure.

Stephanus acknowledged numerous post-pandemic travel challenges. One of which was the requirement of additional budget to pay for Covid-19 travel insurance and compulsory PCR tests, as well as an eight-day extension for hotel quarantine for all returning participants.

Some outbound incentive specialists in Indonesia had told TTGmice that the eight-day hotel quarantine for returning Indonesian residents was a major hurdle hampering business recovery.

A longer stay in Switzerland was also necessary for the Xpert Indonesia team, as they had to facilitate staggered arrivals. To ensure the safety and comfort of travellers, the group will be split into batches of no more than 60 pax each.

“Massindo Group has committed to deliver its promise to their top dealers, and as their organiser we will do our part to get the programme going. Hopefully, this will inspire others (companies and incentive organisers) to start travelling again,” he said.