By stimulating activity, launching new hardware, and ramping up marketing for business events experiences, Sydney is paving the way for the post-pandemic return of in-person events of all sizes. 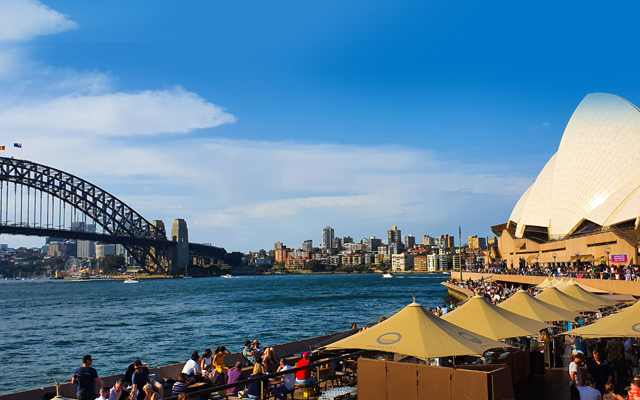 The lights are back on for live business events in Sydney, although many in the industry are under no illusion that business will return immediately.

Sydney’s events industry has been filled with fresh confidence, as more than 90 per cent of its population has been double-vaccinated. International borders also reopened for the first time since the pandemic started, to gradually welcome overseas visitors and students at the end of 2021.

The doors were first thrown open to Singapore, Japan and South Korea for fully vaccinated visitors, with more destinations planned for travel bubble arrangements in the new year.

After months of lockdowns and travel restrictions, Sydney is expecting “a big year” and a key role in rebuilding the country’s A$36 billion (US$26 billion) business events sector.

“Australia’s global city is opening up again – firstly for citizens and their families who have been kept apart, and very soon we will be excited to welcome our international visitors back to show them all of the exciting things that we have been doing while they have been gone,” she continued.

While the pandemic has been playing out in full drama on the world stage and shutting down many gatherings, Sydney announced in September 2020 it would be a 24-hour city featuring late night transport, longer opening hours for cultural institutions, fewer restrictions on live music and reclaimed spaces for activities like outdoor dining and concerts.

The new WINX Stand at Royal Randwick, named after the legendary mare who captivated Australia, stands just 10 minutes from Sydney’s CBD and is accessible by Sydney’s new dedicated light-rail service.

A number of new hotels have opened too while borders were closed, such as the Crown Sydney at Barangaroo and M Gallery by Sofitel Porter House.

However, industry frontliners expect business will return in small and measured ways.

“We’re watching the trends in the Northern Hemisphere, and we know it is most likely that smaller groups will return first,” said Yeo.

“Our sense from talking with our clients is that those with larger groups will be a little more cautious to start and pace their return. It is very clear that companies will be looking to destinations like Australia that have handled the pandemic and put strong protocols in place for their first point of travel,” she continued.

ICC Sydney, the city’s flagship convention centre has also been working hard to prepare for the return of live events, and will start the new year with more than 90 international events in the pipeline out to 2031.

“There were times when we couldn’t do face-to-face meetings but we were ready to spring back and snap back as soon as circumstances allowed, and that’s the circumstances we’re in now. We’re looking forward to being in Asia in early 2022 in conjunction with Business Events Australia,” he added.

ICC Sydney has also been proactively engaging with the city’s activation programmes that will take place across the summer to get Sydney-siders back into the city and promote Sydney again to the international market. The convention centre itself is hosting an experiential exhibition called Neighbourhood Earth, inviting an expected 150,000 visitors into an interactive, science-inspired space.

“We’re showing to the city community that it’s perfectly safe and advisable to come to events at the centre, and it’s a matter of starting that snowballing effect of momentum, creating confidence that events are safe. It’s safe to come to Sydney and to ICC Sydney,” he stressed.

Meantime, although one of Sydney’s most significant source markets for business events visitors, China, is still closed, decisions are being made within corporate circles that could see Chinese tourists returning from 2023.

“There is a general feeling among corporates that they will be pushing ahead with overseas trips even if it means they need to quarantine upon their return,” said Shanghai-based managing director of PTC Express Travel, Christopher Zhang.

“And I think in general, the bureau in Australia is doing a fantastic job because over the last 18 months, a lot of bureaus pulled out of China, especially from smaller destinations.

“But Tourism Australia and some of the state bureaus have stayed active in the marketplace, which may have been the right thing to do because pre-pandemic, there were over a hundred destinations promoting in China and it was very difficult to get your voice heard – you had to spend big to stand out,” he elaborated.

Zhang also said Australia was likely to be preferred to other Asian destinations because the Chinese found the greater cultural contrast more attractive.