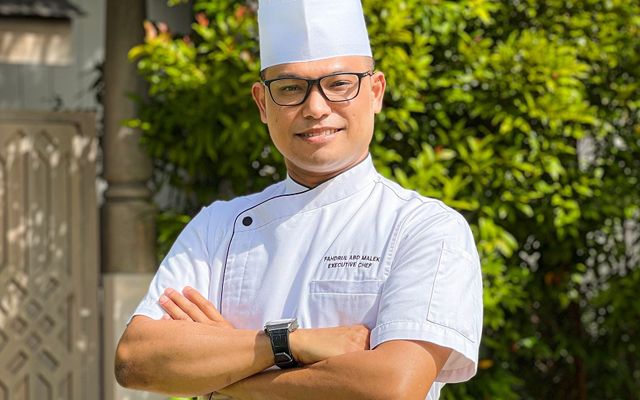 In his new role, Fahdrul will handle all culinary operations for the seaside property’s two dining venues, as well as contribute to the resort’s sustainability credentials by celebrating local produce and indigenous flavours. A native of Malaysia, Fahdrul joins the resort with a wealth of experience in luxury hospitality. Most recently, he was executive head chef at the Eastern & Oriental Hotel in Penang.

The seasoned hotelier began his career in 1997 at the New World Hotel in Kuala Lumpur, before getting his first hotel opening experience with Mandarin Oriental, Kuala Lumpur. In 2004, he joined Hilton Kuala Lumpur, where he trained under legendary chef Cheong Liew at The Grange restaurant, Hilton Adelaide. In 2010, Fahdrul moved to The Westin Kuala Lumpur as Banquet Chef De Cuisine.

His move to Langkawi as executive chef at The Andaman, a Luxury Collection Resort, presented him with an opportunity to put his creativity to the test. For his new menu, Fahdrul sourced the produce directly from the surrounding rainforest and went foraging around the island, resulting in a seasonal, uber-localised offering.