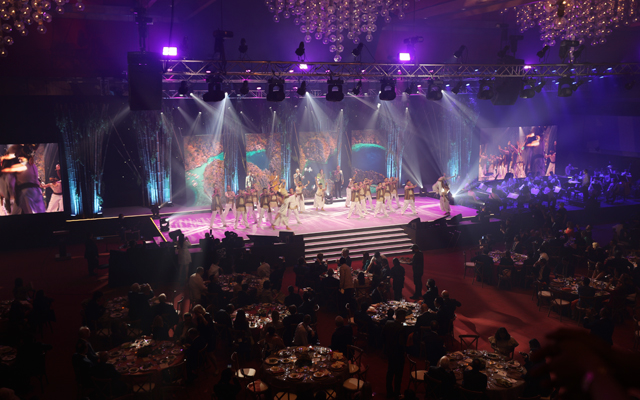 Event brief
Hosting the 21st WTTC Global Summit 2022 in April was a momentous occasion for first-time host Philippines, considering how the event was postponed several times due to the pandemic.

Furthermore, the high-profile event was held just two months after the Philippines became the first in Asia to open its international borders – sending a firm message around the world that the country is ready and safe for tourists.

A granular bubble was originally planned so that from the Manila international airport, delegates would be ushered directly to the nearby Manila Marriott Hotel and the adjoining Summit venue, Marriott Grand Ballroom. These areas would be cordoned off so as not to compromise the health and safety of delegates. All participants would be pre-registered, walk-in delegates prohibited, and slots would be allotted to local delegates.

However, the granular bubble was thrown aside as the country’s infection rate continues to ebb at an all-time low. Hence, participants joined pre- and post-tours, socials, gala and welcome dinner at the Philippine International Convention Center (PICC), Museum of Natural History, Okada Resort Manila, and Savoy Hotel Manila.

Still, Marriott had retrofitted for the event, bringing in high-efficiency particulate air filters – commonly known as HEPA filters – that are used in hospitals to clear the air.

Quarantine upon arrival was not required. Foreign delegates only needed to show their vaccination cards and a negative PCR test result taken within 48 hours of departure from their country of origin, or a negative ART result taken 24 hours before departure.

Health and hygiene protocols and guidelines were in place, including the wearing of masks at all times, and extensive outdoor activities.

WTTC member company, Global Rescue, deployed medical and security advance teams to Manila and were on-site for the event, ready to provide access to their industry-leading travel risk, crisis management and response service.

Event highlights
Empty for two years, the halls of the venues became alive with chatter and laughter. The air was rapt with energy from travel trade professionals grateful for the reopening of the Philippine borders and hopeful that the most prestigious event of the year heralds tourism revival.

The Summit was hybrid, with both virtual and physical speakers and attendees. Sessions featured carefully chosen panellists speaking on topics revolving around the theme, Rediscovering Travel.

The event was a great sell for Philippine tourism. It also showcased products and handicrafts that wowed international visitors – from exquisite souvenirs handcrafted from unique local materials to the Filipiniana dress, called terno, that Romulo-Puyat wore daintily each day, to the scene-stealing Yoda chairs by famed local designer Kenneth Cobonpue that were used at the main stage session and culinary delights whipped up by top Filipino chefs.

Challenges
The biggest challenge faced by the Summit was the lack of large event spaces in Manila. Although the Marriott Grand Ballroom is the newest and one of the biggest convention centres in metro Manila, many parts of it were congested during the event.

The ground floor lobby of the Marriott Grand Ballroom was converted into a lunch area – one that offered narrow spaces between tables.

Likewise, the long corridor outside the Grand Ballroom on the second floor became narrow when parts of it were used to host corporate exhibition booths and showcases for local products and handicrafts.