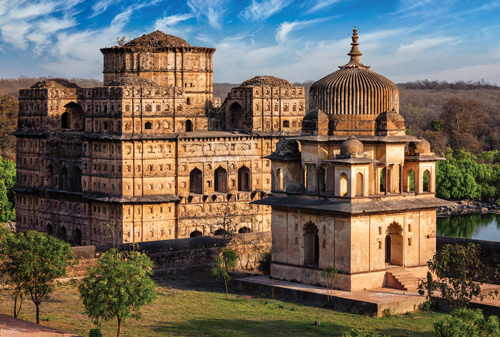 The state of Madhya Pradesh are among those that have shown interest in joining ICPB; the Orchha Palace in Madhya Pradesh pictured here Picture by f9photos/shutterstock

The Indian CVB has drawn up a lengthy to-do list that will see it boost its ability to market the destination, writes Rohit Kaul

The India Convention Promotion Bureau (ICPB) is undertaking a much welcomed major restructuring to allow it to better promote India as a preferred destination for international business events.

And the highlight of this exercise is ICPBâ€™s new ability to bid for international association events.

ICPB had been battered in the past by Indian MICE players who were disappointed that the bureau was not involved in conference bids, unlike its more aggressive peers in other countries, causing India to lose out on business.

Indiaâ€™s Ministry of Tourism has now decided to offer financial support to ICPB for the bidding of international association events, but on one condition: the state tourism board has to contribute half of that monetary commitment.

Suman Billa, joint secretary with the Ministry of Tourism, Government of India, and chairman of ICPB, said: â€śWe understand the importance of attracting international MICE events to the country. We will support states looking to host such events on a sharing basis (because) revenues generated through event hosting will largely benefit the states.â€ť

Billa added that a â€śfocused marketing strategyâ€ť will be employed to tap major source markets.

Chander Mansharamani, ICPB vice chairman, expects the entire process of restructuring to be completed in a yearâ€™s time.

â€śTo begin, we are gathering information on conferences coming into Asia-Pacific that we can bid for. We are approaching the local chapter of international associations in India and telling them that we can support their bid for business events.â€ť

ICPB is looking to set up chapters in different Indian states to raise awareness about the economic benefits of hosting an international business event. Each state chapter will have at least 10 members.

â€śWe are initially targeting 11 or 12 Indian states with existing infrastructure for business events,â€ť shared Mansharamani, who added that Maharashtra has become a member of ICPB while other states like Madhya Pradesh and Rajasthan have shown interest.

Detailing ICPBâ€™s plans further, Mansharamani shared that the bureau aims to first break into ICCAâ€™s top 20 global destination rankings and then improve on its position.

Commenting on ICPBâ€™s new responsibility, Amaresh Tiwari, managing director of AT Seasons & Vacations Travel, said ICPBâ€™s involvement in an event bid would â€ścarry more weight than an individual entityâ€ť and pointed out that â€śmost of the bids are won by (CVBs)â€ť.

Going forward ICPB will organise roadshows in cities such as Geneva, Paris and Amsterdam where many global associations have headquaters, starting from this September. It will also participate in international MICE tradeshows such as IMEX America and AIME.

â€śAssociations (in Europe and Australia) representing sectors like IT, science and medicine looking to organise their events in Asia-Pacific will be our target when we are ready to bid because India is a knowledge powerhouse in these fields,â€ť shared Mansharamani.

Trade partnerships also feature strongly in ICPBâ€™s restructure. It is working closely with major Indian industry bodies like the Federation of Indian Chambers of Commerce and Industry (FICCI) to organise events that highlight the importance of MICE in the pursuit of tourism industry growth. The Ministry of Tourism and FICCI co-organised the inaugural Global MICE Travel Mart in New Delhi recently.

Soon to come in the third quarter is a new planner, published by ICPB, to highlight the various MICE venues across the country.

Local tourism players are eager to share suggestions on what ICPB needs to do in order to achieve its goal sooner.

â€śWe also need to move beyond the famed Golden Triangle (of Dehli, Agra and Jaipur) and promote India as a 365-day destination,â€ť he urged.

Sinha explained: â€śThere is still a perception internationally that India is a land of snake charmers. We need to dispel such notions. If we are able to bring a major global sporting event into India, it will help spread a positive message about our country.â€ť 31
Indiaâ€™s position in ICCAâ€™s 2015 ranking of countries for global association meetings. It rose from its 35th position in 2014

30,000
The total exhibition area, in square metres, available for use at the new Jaipur Exhibition & Convention Centre

40,000
The attendance at IMTEX 2016, a flagship event for the Indian metal cutting industry that draws a global audience. It is one of the largest events to be held at Bangalore International Exhibition Centre

Indiaâ€™s current tough stance on visas for conference delegates will soon be a thing of the past, as the Ministry of Tourism has put forth a proposal to the home ministry to include conferences in the list of travel segments that can utilise the e-visa facility. An announcement in this regard is expected in the near future.

India-US relations are rosy today, thanks to the Indian prime ministerâ€™s frequent visits to the US in recent times â€“ prime minister Narendra Modi has called at the US four times since assuming office in May 2014. Apart from strengthening defence ties, such visits are expected to boost US investments in India, which will herald good business for inbound tourism and events from the US.

Work on the new convention and exhibition centre near the Indira Gandhi International Airport in New Delhi is finally making progress. The project was delayed by the reluctance of the Delhi Development Authority (DDA) to transfer land directly to the body responsible for putting the project out to tender. This has changed, with DDA agreeing last year to transfer 100 hectares for the project. The entire complex will comprise of more than the convention and exhibition centre; it will have 3,500 hotel rooms and an entertainment arena that can host a large-scale concerts.