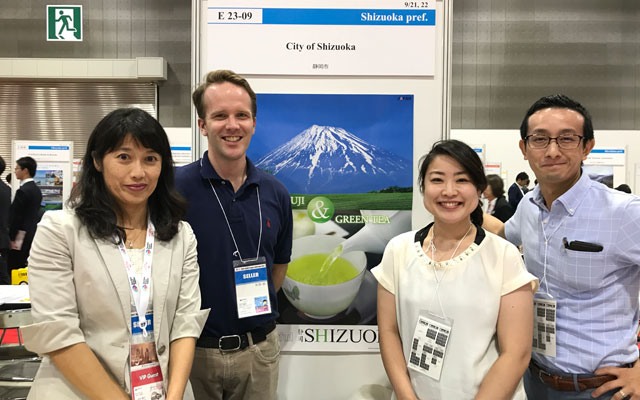 Taichiro Ishida, head, MICE promotion section with the bureau, told TTGmice in an interview: “International groups number only a few a year. What Shizuoka gets are mainly groups from the domestic market.” Ishida said the destination’s low profile in the international market was the cause.

“We’re an hour from Tokyo, so it’s not one of the places that are really far away. We have enough Japanese visitors, but people overseas don’t know Shizuoka. That’s why we want to expand our field and make ourselves known,” lamented David Rinehart, coordinator for international relations, MICE & International Affairs Division, Shizuoka City.

As well, Shizuoka Convention & Visitors Bureau will be joining a Japan National Tourism Organization event next March 2018, and is planning to take part in ITB Asia next year.

However, the bureau is hoping to lure medium-sized groups of no more than 400 delegates.

Rinehart explained: “We have no big chain hotels such as Marriott or Hyatt. Our biggest hotel can accommodate 250 people in one night, while another with the best views can accommodate only 150 people. The city is limited in size, so we have to aim low.”

An example of an ideal group Rinehart gave was a US-based neurological international society group that was looking to hold a small conference in Shizuoka. It would bring 100 people who would stay for four nights.

The Japanese city will also welcome two medium-sized incentive travel groups in 2018 – a 60-pax group from Thailand arriving in February 2018, and a 30-pax group from Taiwan the following month.