John Oâ€™Sullivan, Tourism Australiaâ€™s managing director, shares more details about how the organisation will be using its new bid fund, and how this will help the destination stay ahead of their competitors. 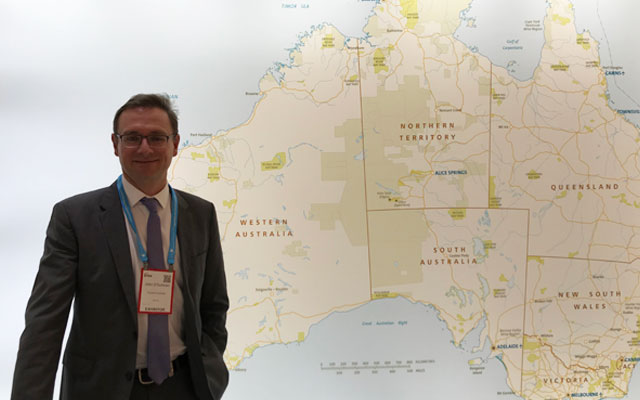 How challenging is it to win over business events in the current climate?
Itâ€™s a highly competitive space, which is why weâ€™ve taken the steps we have like the introduction of the A$12 million (US$9.5 million) bid fund, in addition to what weâ€™ve already been doing.

The reason why the business events sector has grown so much is because itâ€™s recognised by governments the world over that the sector helps to support the local economy and its infrastructure, as well as generate jobs. Most importantly, itâ€™s about advancing the knowledge economy of the destination.

Another challenge is the way weâ€™re telling the story to consumers is constantly changing, and a lot of it now is through technology.

How does the A$12 million bid fund impact marketing efforts?
The bid fund is another component, or an extension, of our current business events offering. We havenâ€™t stopped other activities just to fund this. Weâ€™ve allocated funds within our business to support it because we believe in the concept, and in the economic impact and benefits to Australia as a destination.

Applications have started, and weâ€™re looking forward to see how itâ€™s used. This bid fund was greeted with a lot of support by the local industry, and weâ€™re excited by the prospects.

Will the money be used to support all sorts of events?
We are aiming to support association events, incentives, and exhibitions that are international in focus and have a measurable economic impact. The events also have to have a majority of international participants. Plus, (if the bid is successful), the monetary support has to be spent within Australia. It can also be used by the events to support initiatives that take place in Australia.

This is tied to key sectors and industries the government is focusing on. Thereâ€™s a big push in industries such as agriculture, transportation, logistics, sciences such as stem cell, international education, and medical research. But we will not be too prescriptive with this and will leave room for flexibility.

Weâ€™re not sure how many events there will be, nor have we set a target, as this is new territory for us. Thereâ€™s no prescribed amount per bid as well. This is probably a question for me to answer next year. Itâ€™s going to be a learning experience over the course of the first year to see what the general appetite is. If it pays dividends, has a good economic return, and helps Australia competitively, we will look at the level of resource behind it.

Larger or more popular events usually choose Melbourne or Sydney. How will Tourism Australia spread events out to other cities?
I think thatâ€™s happening already. For example, thereâ€™s a large China group going to Cairns next year. A lot of big association events and exhibitions are going to Sydney and Melbourne, but that is where the infrastructure is. For example, a large event with 14,000 people â€“ the World Ophthalmology Congress â€“ would suit Sydney and Melbourne because infrastructure such as the number of hotel rooms, can support a group this big.

In more recent times, we have noticed some incentives, exhibitions and association meetings choosing places like Adelaide, Brisbane and the Gold Coast. For example, at the end of last year, the 68thÂ International Astronautical Congress met in Adelaide and brought 5,000 people together from 71 countries.

Overall, we are seeing other events heading to other parts of Australia. Regional dispersal is a key objective of Tourism Australia and so we will work with the different states and territories, and the industry as a whole to get that dispersal going.

Then came the promotion of Penny Lion to executive general manager events in August 2016, which was when we started to really recognise the importance of business events. Now itâ€™s the bid fund.

The team has a good runway, and weâ€™ve a very supportive minister (Steven Ciobo) and board. Weâ€™re putting our foot on the accelerator and are working with both the CVBs and stakeholders back in Australia to competitively improve our positioning.