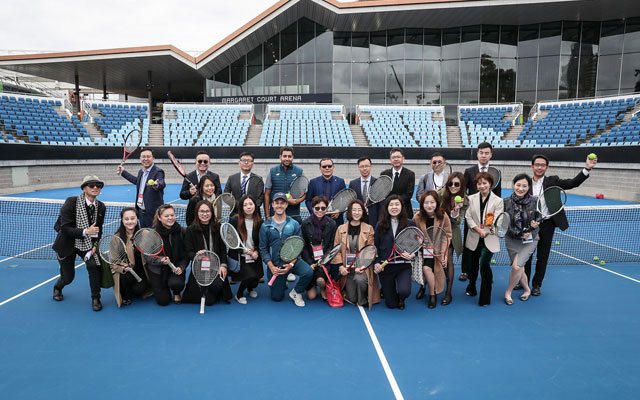 The BEA Greater China Showcase is taking place for the first time outside of China. During the hosted fam trip for media and corporate buyers, delegates were treated to a day on the court â€“ complete with a tennis-inspired activity â€“ before being brought on a tour around the Melbourne Park’s numerous venues, all located in close proximity of the cityâ€™s CBD. M&OP venues include Rod Laver Arena (Centre Court), great for hosting intimate gatherings within its open spaces; AAMI Park, the site of the nationâ€™s most historical sporting moments; and Margaret Court Arena and Melbourne Arena â€“ both of which able to present large-scale event formats for guests from 200 up to 8,500 with flexibility for formal dinners, cocktail-style events, galas and conferences.

Come 2022, a new state-of-the-art conference centre will join M&OPâ€™s list of arenas, stadiums and venues with the capacity to host 3,000 guests. Bookings for the new development will be available in early 2019.

The BEA Greater China Showcase is currently ongoing in Melbourne, from November 25-28, 2018.