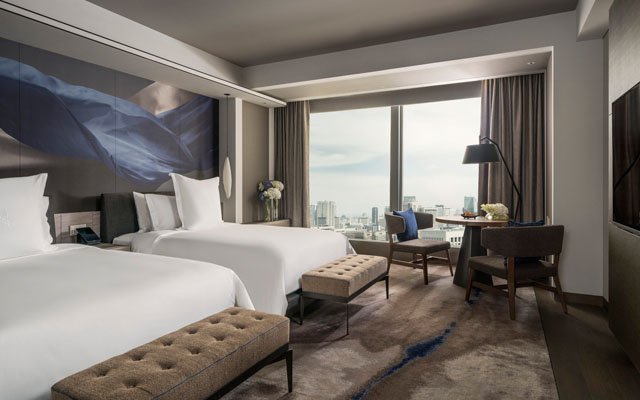 Rising above Tokyo’s oldest neighbourhood and steps away from the Imperial Palace is the all-new Four Seasons Hotel Tokyo at Otemachi.

The hotel is housed on the highest floors of the new 39-storey tower, and offers 170 Jean-Michel Gathy-designed guestrooms and 20 suites including the 38th-floor Imperial Suite. There is a total of 1,370mÂ˛ of flexible event space across multiple venues, most of which can be directly-accessed on the third floor. Spaces include a naturally-lit Grand Ballroom with six-metre-high ceiling, and several additional function rooms and outdoor terraces.

Separately on the 39th floor, the Social Room is a residential-style venue for executive meetings or private cocktail receptions.

There are four restaurant and bar concepts here, ranging from Italian restaurant Pigneto to the Virtu cocktail bar. Several of the hotel’s restaurants and bars also offer private rooms for business and social events.