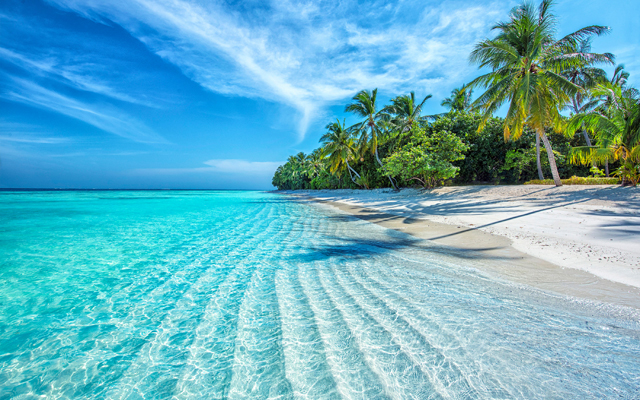 The Maldives is repackaging herself as more than just a honeymoon destination, with a real push into the business events market.

At the Arabian Travel Market last week, Thoyyib Mohamed, managing director at Maldives Tourism, told TTGmice the destination is “reimagining the MICE concept” by offering boardrooms on the beach, out-of-the-box locations for meetings, and sustainable incentives surrounded by nature.

He said: “People always think of the Maldives as a luxury or honeymoon destination and we want to change this perception. It’s a safe haven with many islands and no crowds. We’re well connected regionally and business people can bring their families to combine business with leisure.”

The initiative, branded as Redefining MICE, was launched recently in India, where Mohamed said it was well received. Maldives Tourism will also attend IMEX Frankfurt later this month.

A promotional video has been produced to convey the concept.

Fathimath Afra, chief marketing officer at Tourism Maldives, said: “People ask what facilities and equipment we have for large groups. You can convert the beach into a boardroom and we have many resorts with multiple restaurants, bars and cafes that can be converted into meeting rooms. We have very unique venues with a more relaxed concept.”

In addition, Maldives Tourism is developing a homestay scheme across its multiple local islands. The archipelago comprises 1,190 islands, of which 200 are inhabited. A total of 160 resorts also dot the islands, with five new island resorts slated to open in the next six months.

Mohamed said: “We have a very rich culture, history and religion, and many local islands. We wanted to give locals the opportunity to have a piece of the tourism profit.”

He added that many houses have one or two spare rooms that are ideal for visitors wanting to get an authentic taste of local life.

The scheme is currently in its infancy, with only one house registered. However, Afra said it would be developed over the coming months along with a series of local experiences.