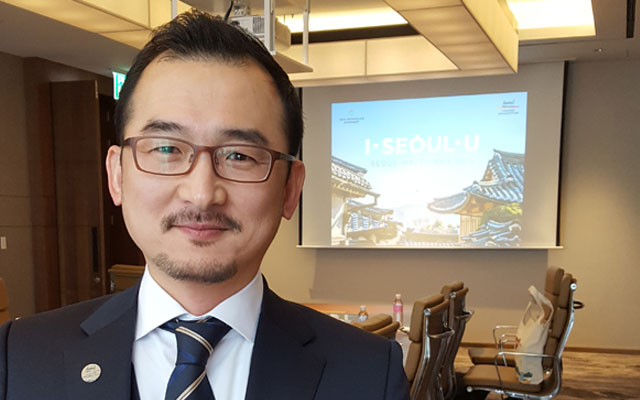 Meetings and incentives into Seoul that have been dented this year by an absence of Chinese group tours due to strained bilateral ties between China and South Korea, and by concerns of a potential attack by North Korea, will likely see better days as the 2018 Winter Olympics nears.

In an interview with TTGmice, Jin Hyeok Park, director of Seoul Convention Bureau, said overall arrivals from China had dipped 80 per cent so far this year over the last, a result of an â€śunofficial government banâ€ť on outbound leisure and incentive group tours to South Korea.

While Park was unable to quantify the impact on Seoul alone, he said the capital city was likely to have suffered a significant dip too as it is the common starting point for tours around the country, and the destination with the most heritage and modern attractions often favoured by Chinese visitors.

Adding to Seoulâ€™s tourism woes, according to Park, is the extensive Western media coverage of North Koreaâ€™s nuclear provocations that are giving international business event planners nervous jitters, a sentiment most prominent among buyers at the recent IMEX America.

â€śBut when the world sees that PyeongChang 2018 Olympics is taking place as planned (in February), they will regain confidence in Seoul as a safe destination for events,â€ť said Park, adding that South Koreans and Asians who are familiar with the North and South relations are the least concerned.

Seoul is also likely to benefit from related travels in the lead up to and during the Games, opined Park.

â€śPyeongchang is just 1.5 hours from Seoul by train. We have reports of a lack of accommodation in Pyeongchang during the games, and event spectators will likely stay in Seoul. It isnâ€™t just the spectators, Seoul will also benefit from corporate sponsors flying in to support their teams. We are talking to insurance incentive groups to time their programme with the Games as a way of fulfilling CSR or teambuilding objectives,â€ť he said.

â€śAs for our situation with China, signals of improved relations are starting to show. Last week we received updates that Ctrip is again selling tours to South Korea, and some outbound agents in Chinaâ€™s Hubei province are doing the same. Furthermore, Seoul hosted the annual China Day festival last week where the mayor of Seoul and Chinese ambassador were both present and they both delivered a positive address on our bilateral relations,â€ť added Park.

â€śWe are hopeful that Chinese incentives will return by the end of this year,â€ť he concluded.