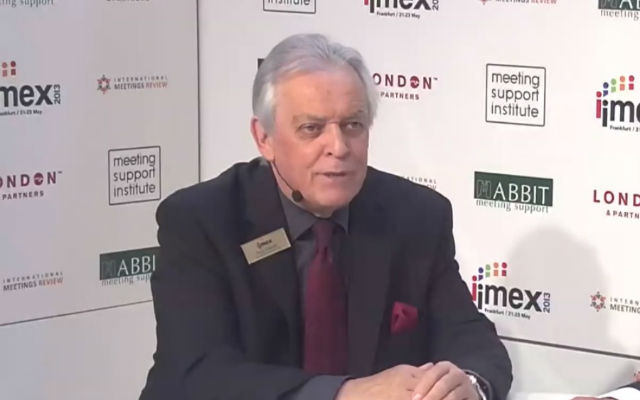 Paul Flackett, managing director of the IMEX Group, has passed away, after several years of serious illness.

During a career in the global meetings and events industry that spanned more than years, Flackett was actively engaged with many industry groups, including MPI, SITE, the SITE Foundation, Destinations International and, poignantly given the timing of his passing, ICCA. In 2004 he was presented with the Moises Shuster Award during the ICCA Congress for his outstanding contribution to the industry.

His appetite for travel and his desire to play his part and get involved meant that literally hundreds, if not thousands of meetings industry colleagues the world over felt they ŌĆśknew PaulŌĆÖ. He was also a passionate Manchester United supporter and a lover of cricket and heavy rock music.

In recent months his illness meant he couldnŌĆÖt take an active role in IMEX but his mood was buoyed by well-wishers who brought plenty of ŌĆ£bad jokes and good laughsŌĆØ to his bedside.

IMEX chairman, Ray Bloom, commented: ŌĆ£Paul has been by my side as a friend and in business for over 30 years and was an inspiration to us all in how he conducted himself throughout his career, in particular the humour he brought to us all. He was a friend and mentor to so many in the industry and I know that he will be greatly missed by all who knew him. Our thoughts are with his family and friends.ŌĆØ