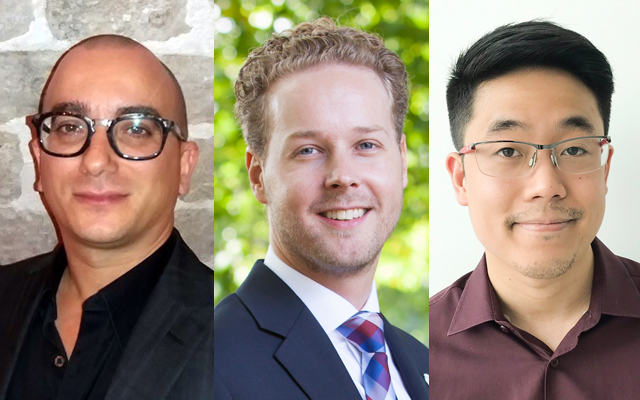 Avani Hotels & Resorts has made five appointments for several of its hotels located in Thailand, Indonesia and the Maldives.

Jaber started his career with Minor Hotels in 2013 as an executive assistant manager at Anantara Rasananda Koh Phangan Villas. In 2016, he was promoted to resident manager of Anantara Sathorn Bangkok Hotel and Oaks Bangkok Sathorn before moving to Vietnam as general manager of Anantara Mui Ne Resort in 2017. More recently, he spearheaded the successful opening of Anantara Quy Nhon Villas as cluster general manager along with Avani Quy Nhon Resort also under his leadership.

As well, Stephan Moonen and Karun Cornell have been appointed Avani+ Khao Lak Resort general manager and director of sales & marketing, respectively. The resort is also scheduled to open later this year.

Moonen boasts 15 yearsâ€™ experience within the hospitality industry, where he first started out as an assistant hotel manager in a luxury hotel before joining Intercontinental Hotels Group. In 2011, he joined Marriott International in the UK, and undertook senior leadership roles at the Edinburgh Marriott and the Residence Inn Edinburgh, and The London Marriott Hotel and Executive Apartments Canary Wharf. His most recent role was general manager at the London Marriott Park Lane.

Meanwhile, Cornell brings more than 10 years of hospitality experience to the resort. He started his career with Bandara Hotels & Resorts, before joining Fair House Group in Koh Samui as a group director of sales & marketing.

Over in the Maldives, Marlon Abeyakoon has been appointed general manager of the 200-key Avani+ Fares Maldives Resort that will open in 2021.

Abeyakoon has spent almost two decades in hospitality with multiple international hotel brands in UAE, the UK, Sri Lanka, the Maldives and Fiji. He started his career with One&Only in Dubai in 1999 before moving to the UK with GLH Hotels and Hilton in 2013 as hotel manager at DoubleTree London. In 2018, he moved to Sri Lanka to helm Reethi Beach Resort as general manager. Prior to joining Avani+, he was general manager of the Sheraton Fiji Resort.

Lastly in Indonesia, I Made Subrata has been named general manager of Avani Seminyak Bali Resort, which is scheduled to be rebranded this year.

Made began his career in hospitality on his home-island Bali as the pre-opening team of InterContinental in 1993. In 2004, he joined Conrad Bali as guest activities manager and worked his way up to rooms division manager. He then moved to Sheraton Bali Kuta Resort as executive assistant manager, before joining The Elysian Boutique Villa Hotel as resort manager.