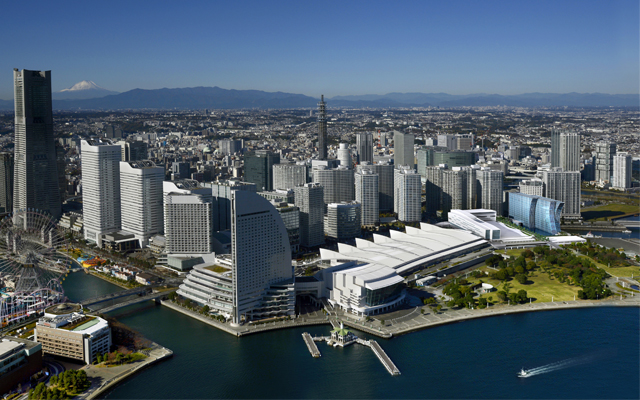 The highlight of the new wing is its 6,337m2 multipurpose hall. Organisers looking to host large-scale events would be pleased to know that the hall, said to be the one of the largest in the country, can host 5,948 pax in theatre-style or 3,600 pax in classroom-style.

Also part of Pacifico Yokohama North are 42 meeting rooms, which can house between 56 and 240 pax in a theatre-seating plan.

Catering can be arranged with the 594-key InterContinental Yokohama Grand – conveniently housed within the complex – and the nearby, 603-key Yokohama Royal Park Hotel.

Not only do the properties have the resources and expertise to host banquets for a sizeable number of guests, the two hotels are able to cater according to delegates’ needs, such as religious dietary requirements.

Planners can also make full use of the Pacifico Yokohama complex’s other facilities to host large-scale business events. The new North addition is directly connected to the 1,350m2, multipurpose Annex Hall, as well as the 20,000m2, column-free Exhibition Hall, through an outdoor pedestrian deck. The Annex Hall can also be used to host closing ceremonies for up to 1,300 pax.

Located adjacent to the Exhibition Hall is the three-storey National Convention Hall, which boasts more than 5,000 seats and an eight-language simultaneous interpreting system, providing yet another sizeable venue for consideration.

Also housed within the complex is a conference centre, which features a 1,004-seater main hall and 50 meeting rooms, four of which can be combined to seat more than 1,300 pax in theatre-style.

Between conference sessions, delegates can head to restaurants serving dishes from a wide range of cuisines, including Italian, modern Chinese, as well as Yokohama-style French fare, located across various venues within the complex.

A short drive from Pacifico Yokohama will also bring delegates to the city’s celebrated attractions, including the historic Yokohama Red Brick Warehouses, from which delegates can enjoy the scenery of Yokohama Bay, as well as the Cup Noodles Museum.