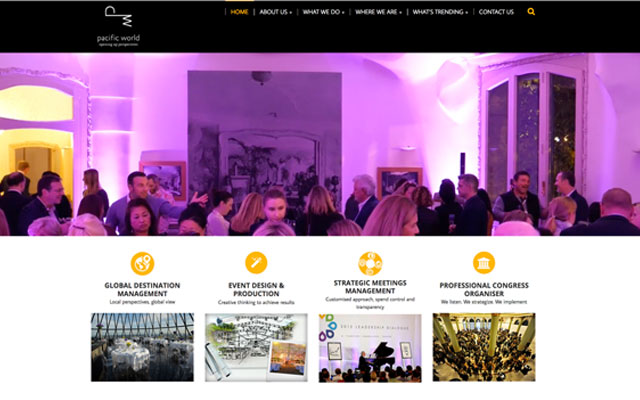 TUI Destination Experiences will cease operations of Pacific World globally this November, a decision made as a result of the disruption to the business events industry caused by the Covid-19 pandemic.

Some 150 employees directly involved in Pacific World Meetings & Events activities would be impacted by the decision that was announced in the early hours of September 1. A TUI Group spokesperson also told TTGmice that while the company was “keen to keep as much people as possible”, most of the Pacific World staff would be leaving.

Affected Pacific World staff globally will receive support from the parent company “for the next chapter of their life”, added the spokesperson.

In a press statement, TUI Destination Experiences said the “Pacific World brand has continued to innovate and has been recognised globally as one of the leading Destination and Event Management companies with strong family values at its core”.

“Trust, passion, and excellence are at the heart of the culture that has brought the brand to great heights over the years. Pacific World has been dedicated to delivering over 40,000 exceptional event experiences in the past 10 years in over 100 destinations around the world.”

The parent company paid tribute to the Pacific World’s staff, stating that it was the “creativity, professionalism and inclusive culture of our team (that) brought the customer experience to the next level. These talented teams are not only savvy event strategists; their skills make them incredible business entrepreneurs”.

This announcement came on the heels of the company’s decision in mid-August to shut down Pacific World Hong Kong operations from September 14.

This is an updated version of the post published on September 1, 07.59.