Tim Hentschel, CEO and co-founder of HotelPlanner, looks at what is developing in the industry, touches on vaccines and a worldwide rollout, and how this will affect tourism and hospitality across Asia. 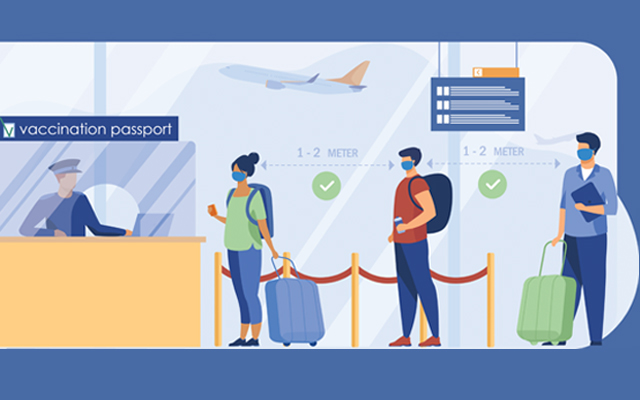 Consumers and businesses, including all those in the tourism and hospitality industries, welcomed the news of vaccine rollouts that started in January this year.

Finally, there seems to be some light at the end of the tunnel.

While it will take time to vaccinate over 70 per cent of a countryâ€™s population and for things to return to normal, weâ€™re already hearing optimistic noises from many governments, travel organisations and businesses.

In addition, the International Air Transport Association director general and CEO, Alexandre de Juniac, was quoted on March 11 that â€œpersonal and leisure travel will return from the 2H2021″.

Vaccine passports becoming an essential part of travel arrangements
The European Commission has been the latest body to propose vaccine passports. While there are concerns about discrimination against the unvaccinated, an internationally recognised official certification for vaccinated travellers would help to lift quarantine restrictions and ease the processes of entering other countries.

In fact, Singapore Airlines began trialling a digital vaccine passport in December 2020, and has plans to integrate it into their mobile app by mid-2021.

During the pandemic, travel operators have acted quickly to label hotels that have complied with Covid-19 countermeasures and get the word out to their customers.

In the coming months, we expect operators to start implementing new measures based on vaccine passports that will be in line with government regulations. The simplest way is to have travellers include their vaccine certification as part of their personal particulars for bookings. These details could then be passed on to partner airlines and hotels to facilitate a smoother, less restricted travel experience.

Green lanes and travel bubbles needed to revive suffering economies
Meanwhile, governments should speed up establishing green lanes or travel bubbles with â€˜safeâ€™ countries, where travellers are exempt from quarantine. These partnerships will be critical for bringing life back to economies that rely on service-based and labour-based industries.

Thailand, for instance, has seen an 83 per cent drop in foreign tourists. This is a devastating blow that contributed to the Thai economy falling by 6.1 per cent in 2020, its worst performance since the 1997 Asia financial crisis.

The Thai Hotels Association estimates at least a million workers have been laid off from its hospitality sector as hundreds of hotels have closed. Domestic tourism and the implementation of special tourist visas for long stays have done little to reverse the pandemicâ€™s impact on the industry.

Thailandâ€™s special tourist visa permits foreign visitors to stay up to 90 days, including 14 days of quarantine (which is slated to be reduced to 10 days in April), with the option for two extensions. It has attracted only a fraction of the expected 1,200 monthly visitors since its launch in October 2020, likely due to the lengthy quarantine requirement.

If South-east Asiaâ€™s second-largest economy is reeling, one can only imagine how its less affluent neighbours, just as dependent on tourism dollars, are faring.

A chance for Asia to become a global events leader
With the World Economic Forum Special Annual Meeting 2021 in Singapore and Japanâ€™s Summer Olympics scheduled to take place later this year, all eyes are on Asia to see how these countries are going to pull off such major international gatherings despite pandemic-related limitations.

This is a golden opportunity for the region to establish itself as a global leader. If all goes well, Asia could very well become the centre for high-profile world events in the future. Timothy Hentschel is co-founder and CEO of HotelPlanner and Meetings.com, a role he has served in since September 2003. HotelPlanner provides group travel technology expertise to over 4.2 million group event planners while servicing US$7 billion in group hotel booking requests in 2017 and an estimated US$10 billion in 2018.