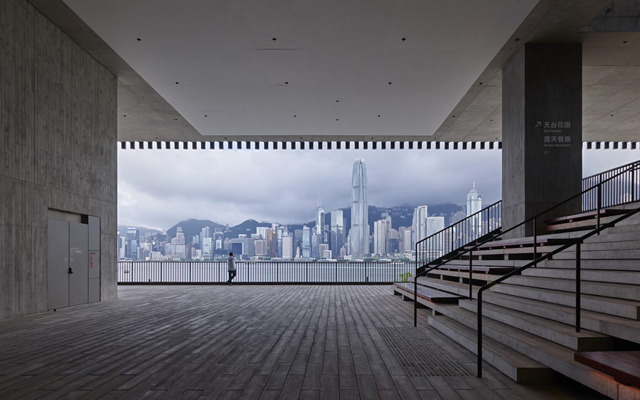 M+ boasts over 20 possible event spaces, which includes three cinemas, an open-air auditorium, and outdoor spaces that open out to views of Victoria Harbour.

Its spokesperson said that the venue will be “targeting MICE groups”, with possible configurations such as a 500-pax conference, or a standing-cocktail event for 1,000 people. Supported by an experienced team, M+ is working closely with the Hong Kong Tourism Board, and is planning to join tradeshows internationally to promote the venue.

The spokesperson added that they have already fielded some enquiries about incentives as well as conferences, and said that M+ “will accept bookings after the museum’s opening, withinone one year of the event date”.

All revenue generated from events at M+ will directly support the museum, its programming and operations and as such Visual Culture in Hong Kong.

Business events stakeholders in Hong Kong have welcomed the announcement of M+’s opening, and are looking forward to the new space, citing it as a potential event space for their clients.

Corporate Travel Management (CTM), head of M.I.C.E, Patrick Lam said: “I foresee many MICE travellers will choose M+ for meetings and conventions. We are expecting to draw traffic from banks, insurance companies and medical groups from mainland China, as well as international corporations because the West Kowloon Cultural District is already an attraction (in itself).”

Lam added that M+’s location, being close to Tsim Sha Tsui and Central, as well as airport, ferry terminal and transport to Shenzhen Border, makes it even more attractive.

Momentous Asia Travel & Events’ general manager, Doris Lam, told TTGmice: “I am interested in its restaurants and F&B venues. Some of them can be turned into a party venue and will be good for incentive groups. There are also small meeting spaces there and may appeal to those who are looking for a non-hotel venue to hold their meetings.”

She added that it was possible some of the locations within M+ could also incorporate street performances.

As for Katerina Tam, International Conference Consultant’s director, she has confirmed that a “culture-related event organised by the Leisure and Cultural Services Department” will be held at M+ next year.

However, as Hong Kong still has not shown any indication of the lifting of travel restrictions from other countries except mainland China in the coming months, she predicts that the main traffic will be Chinese corporates in 2022.