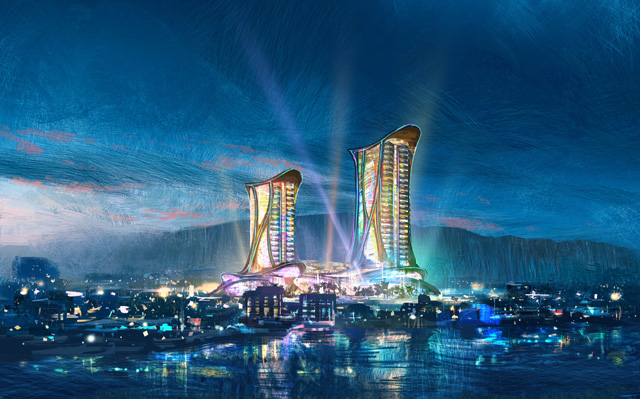 Izumisano City, one of the 33 cities in Osaka Prefecture, has announced several upcoming developments in Rinku Town, located a 10-minute drive from Kansai International Airport, the main gateway for air travel into Japan’s Kansai region.

The city started its business events efforts around six years ago, when the then mayor pushed for more integrated resorts (IRs) and hotels to be built in Izumisano as he believed in the area’s potential, shared Ryota Nakahira, planning general manager for Izumisano City.

And while the city lost the IR bid to nearby Yumeshima – a reclaimed area in Osaka Bay – Izumisano fought on to capture more international business visitors that pass through Kansai International Airport.

One of the most prominent MICE developments will be the Setia Izumisano City Center (SICC), a two-hectare mixed-use development scheduled to open in 2024. SICC will house serviced apartments, a four-star hotel, a 1,600-pax convention centre, offices, a conservatory with fountains and waterfalls, gardens, and F&B and retail shops.

On the area’s selling points, S P Setia’s executive vice president, Koe Peng Kang, told TTGmice: “Izumisano offers a genuine way to experience the Japanese way of life without the hordes of tourists. We will be working together with Izumisano city council to promote the place together, and will be targeting (event organisers from) Hong Kong, Bangkok, Vietnam, Thailand and Singapore.”

In addition to the SICC, other upcoming attractions in Izumisano include the Kanku Ice Arena, a ice rink with meeting and incentive uses (December 2019); as well as an expansion of Rinku Premium Outlets by 2020 that will add another 60 shops to its existing 210 shops.

“I feel that the city council has put in effort and has the foresight and determination to make Rinku Town successful. We do not regard hotels here as competition. Instead, they are a complement (to what we are building). There are many things to be seen here, we just have to polish and generate the story,” concluded Koe.